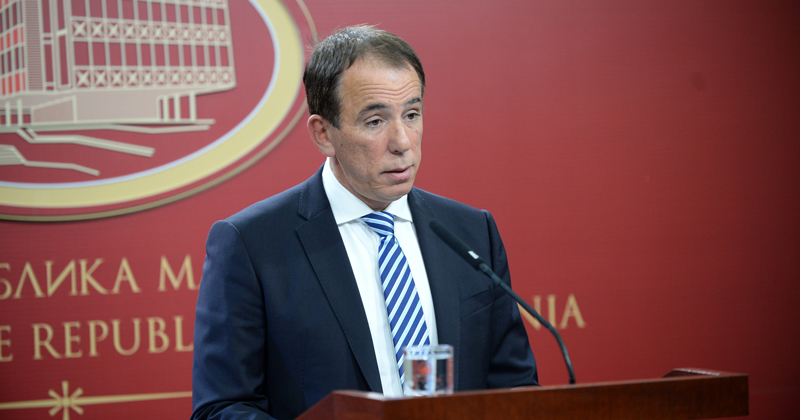 Den Doncev, a confidant of former Prime Minister Zoran Zaev who until recently ran the sprawling FZOM public healthcare fund, was arrested this afternoon and is being questioned about the major corruption scandal known as Racket 2.

It is still not clear whether Doncev will face charges and if the prosecutors will push to have him detained. Doncev was accused of trying to extort money from the Diamed dialysis provider that has a regional contract with FZOM. According to the charges, Doncev and Healthcare Minister Venko Filipce have tried to extort money from Diamed simply to approve payments for the services the company provided, tried to block the sale of the company to the Swedish Diaverum, and once they failed, demanded a cut from the sale price. Audio and video leaks recently showed Doncev discuss putting pressure on a company, including staging a police raid which he coordinated with Zaev, and showed him accepting an envelope with money from a person.

Doncev is a childhood friend of Zaev’s, coming from the same village of Murtino near Strumica. He lived much of his life in Australia as a business consultant. His term as a public telecom manager in the Ljubco Georgievski Government ended in numerous corruption allegations and he left back toAustralia only to return to the top FZOM position once Zaev grabbed power in 2017.