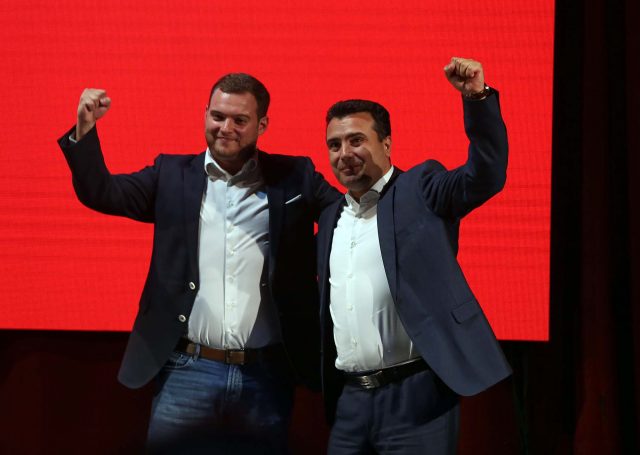 An SDSM official had 300,000 EUR in public contracts diverted to his family’s engineering company, VMRO-DPMNE revealed. After Darko Kaevski was appointed head of the Youth and Sports Agency under SDSM, his family’s GEO Kaevski company recived numerous contracts from municipalities ran by SDSM, SDSM coalition partners, or public utility companies ran by political appointees since SDSM grabbed much of the local town halls in late 2017.

Their first contracts were in 2018 with the city of Veles and the municipality of Zelino, for 14,000 EUR. But they really started rolling in 2019, with 150,000 EUR in contracts with Veles, Zelino, the Polog region and Skopje’s water utility company. In 2020, the company received similar sums from these and other municipalities such as Lipkovo and the Skopje dump site, said Marija Miteva from VMRO-DPMNE. “Is this how Kaevski was able to purchase three apartments and a house in just one year”, she added, citing publicly available reports every office holder must fill out. Kaevski insisted that his notable increase in net worth is due to inheritance.

The opposition party called on anti-corruption watchdogs to investigate the contracts diverted to Kaevski’s company.