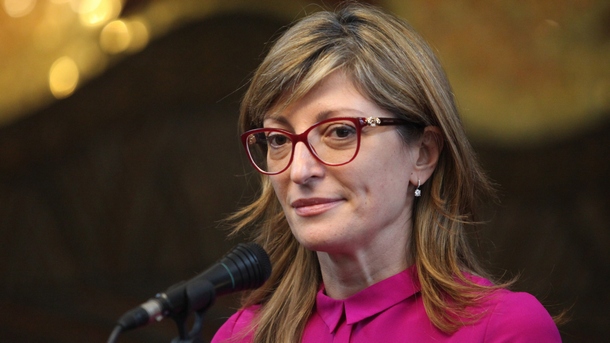 Bulgarian Foreign Minister Ekaterina Zaharieva was asked by a journalist why does the country veto Macedonia from opening EU accession talks, but doesn’t also stop Serbia, with whom Bulgaria has a long standing rivalry. In response, Zaharieva acknowledged that Sofia has a different position on the two countries, adding that Macedonia is yet to open the talks, but Serbia is in advanced negotiations.

Zaharieva did insist that Serbia must do more to provide job for the Bulgarian minority there and to resolve the lack of Bulgarian language textbooks. Still, the issue of flexing muscles on the smaller candidate country, while giving a pass to the much bigger Serbia, is not lost in Bulgaria. After all, examples of what Bulgaria declares “unfriendly propaganda” in Macedonia can be easily found in Serbian historic monuments and textbooks as well. The two countries fought over Macedonia since their founding in the 19th century, and Zaharieva recently accused Macedonia of not doing enough to sever its ties with Serbia, after declaring independence from the Serb-dominated Yugoslavia.