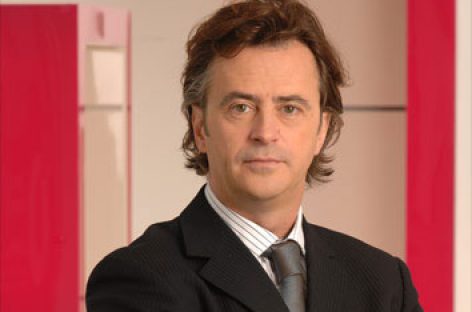 Ivana Lukovska, the widow of recently deceased telekom manager Zarko Lukovski, spoke out about his death after his name was raised during yesterday’s dramatic Racket hearing in the Skopje courthouse.

The witness Jordan Orce Kamcev, who testified how he was target of racketeering attempts from former Special Prosecutor Katica Janeva and her associate Bojan Jovanovski – Boki 13, testified that Lukovski, who was his close friend, was also the victim of this group. A visibly emotional Kamcev detailed how Boki 13 harassed Lukovski, threatened him with arrest and extorted nearly half a million EUR from him, as Janeva was going after high level businessmen in her racketeering campaign. Kamcev said that Lukovski was badly ill while he was the target of this pressure and was forced to flee to Serbia to protect himself from baseless arrests.

I read some of the speculations about the death of my husband and the father of my children. In order to put an end to all the untruths, I want to speak out publicly. His diagnosis was intracerebral hemorrhage, or stroke. Everything else is not true. Zarko was sick over a period of years, but with proper treatment he defeated the illness. What happened next was completely unexpected and was a huge shock. He was a great husband and an incredible father, Ivana Lukovska said in a press release.

Lukovski died from stroke on November 28th, days before the start of Janeva’s trial. Janeva leaked to the press that she wants to prosecute him for allegedly overpaying for the construction of cell phone towers while he was manager of the Macedonian Telekom – the Deutsche Telekom owned company which is one of the two biggest telecom providers in Macedonia. According to additional leaks, Boki 13 wanted to force the company to appoint a manager handpicked by him and Janeva, and used the threat of a lawsuit as leverage. Former UBK intelligence agency director Saso Mijalkov was also a close friend of Lukovski and given Janeva’s goal to go after VMRO-DPMNE officials, this may have landed Lukovski on her list of targets.