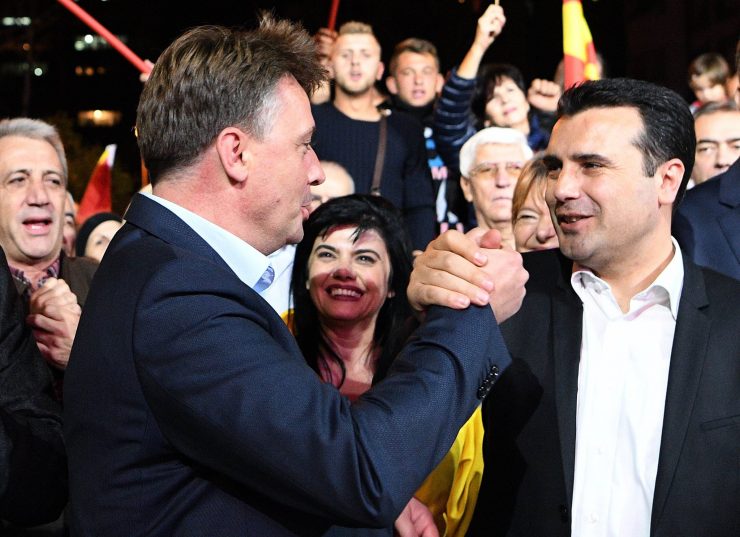 Zoran Zaev staked his future in politics on the outcome of the run-off mayoral vote in the capital Skopje. After a string of devastating losses in the first round, Skopje is one of the few major cities that are still in play, and Zaev announced that he will resign if VMRO-DPMNE wins there and wins a majority of the overall number of municipalities.

VMRO already won 22 city halls, while SDSM won 9 in the first round, but only one of them is a major urban center – Zaev’s stronghold of Strumica. By contrast, VMRO won three major cities and five large urban centers in Skopje. Zaev would need to carry dozens of rural municipalities to technically meet the second objective – to win more overall seats than VMRO, and this looks very unlikely, given how decisively the initiative swung on the side of the opposition.

I can’t go on and the Government led by me can’t go on if the city of Skopje and the urban and rural municipalities hold us back. So, October 31st is about all, about everything, Zaev said.

It’s unclear whether this announcement will motivate his own supporters, who notably held back on the first round, or would even more entice the supporters of the opposition to turn out. Before he made the announcement, Zaev’s spokespersons made a big deal out of the fact that the large municipalities in Skopje which VMRO won will not hold a second round vote for their local mayors.

Meanwhile, one of the two majority Albanian municipalities, Cair, has a run-off, as will Centar and Karpos. SDSM narrowly lost in Karpos and narrowly won in Centar, so their thinking is that VMRO supporters in the rest of the city may sit out the race at a larger degree, compared to the more favorable voters in Centar, Karpos and Cair. But the idea of removing Zaev could prove to be an exceptionally strong motivating factor for VMRO supporters, and the Prime Minister may have shot himself in the foot with his announcement.