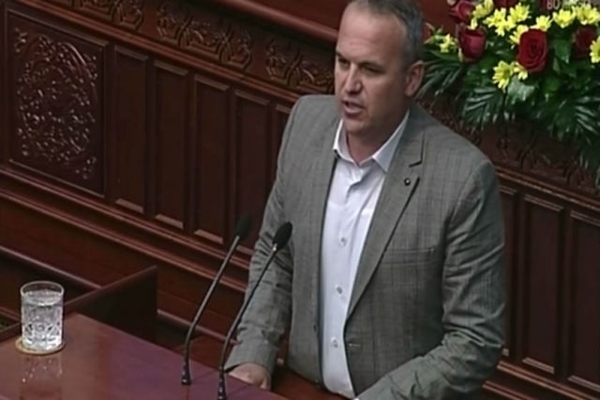 Members of Parliament elected Zekir Ramcilovic, the Bosniak party representative who was initially elected on the VMRO-DPMNE ticket, as the next Deputy Parliament Speaker. Ramcilovic is there to replace Vesel Memedi, who withdrew from the Parliament.

Ramcilovic was expelled from VMRO-DPMNE along with seven other MPs after they crossed party lines and voted in favor of the renaming of Macedonia. Ramcilovic was not among the opposition members of Parliament who were directly blackmailed to vote for the name change, but businessman Seat Kocan, who is close to Ramcilovic, was among those facing charges initiated by the now disgraced Special Prosecutor Katica Janeva and Ramcilovic’s switch of party allegiance was seen as part of an attempt to help Kocan. Kocan did receive a reduced sentence after the name change, but that was not enough to spare him prison altogether.

The Parliament has three deputy Speakers – if we count Frosina Remenski from SDSM – who is in house arrest for her involvement in the racketeering scandal developing around Katica Janeva.

Was it worth it to trample your principles to be an official for three months?, Gjorcev told Ramcilovic. Ramcilovic replied that the Bosniak ethnic community in Macedonia supported the name change and this guided his vote.