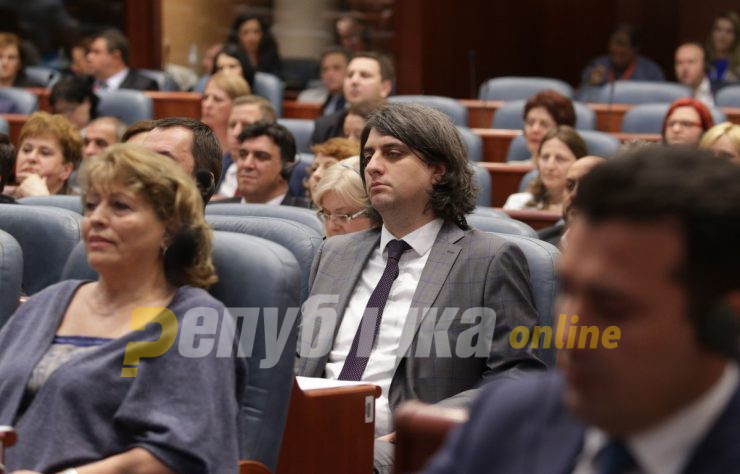 Saraj Mayor Blerim Bexheti said Monday on TV 21’s “Click Plus” that Zekiri as a journalist had asked money from former Saraj Mayor Bekim Murati to promote the Tresko Lake project in Saraj, and also asked if he personally was part of a group engaged in the smuggling of migrants?

If Mayor of Saraj and former Justice Minister Blerim Bexheti could prove just one of the series accusations he made against on TV21 last night (25.11.2019), I Muhamed Zeqiri publicly declare that I would retire from politics and bear full moral and criminal responsibility !!! And I will not invoke my immunity which I enjoy as an MP !!! His accusations of my alleged involvement in migrant smuggling and other false and defamatory statements will have to be proven in court. I didn’t accidentally decide not to participate in last night’s debate because I did not want to legitimize low attacks and my dignity and level do not allow me to sit in a studio with a person like Blerim Bexheti, whom the general public in the country very well remembers for in his wrongdoing when he was minister of justice – not to mention his moral values and behavior while he was a minister, for which there is irrefutable evidence, Zekiri said, adding that he challenges Bezheti to undergo a drug test at the same time and to publish the results publicly, as many of his acquaintances claim to be a drug addict.

If this is confirmed, I will consider forgiving him in court for thinking that he did not know what he was talking about and that he might have been under the influence of drugs, Zekiri said.

Bexheti: Is Muhamed Zekiri part of a group engaged in smuggling of migrants?

Zaev asked me to influence the Judicial Council, Shilegov to demolish only one platform