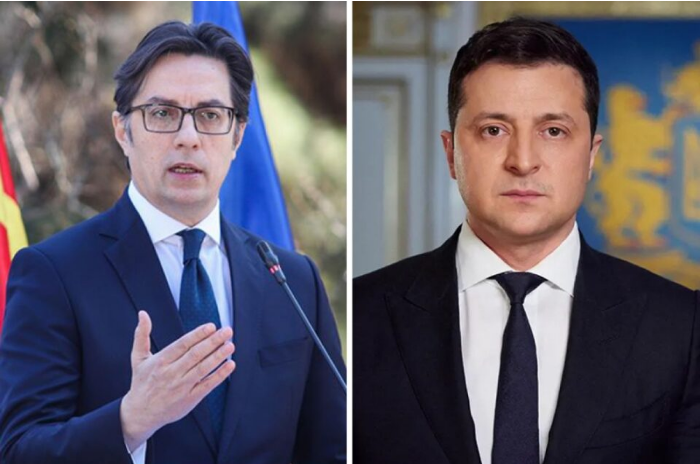 Ukraine’s President Volodymyr Zelensky in a letter to President Stevo Pendarovski has thanked him for supporting the sovereignty and territorial integrity of Ukraine and its European integration, as expressed in a letter by Pendarovski in May 2022.

We appreciate the firm and uncompromising position expressed by Skopje in support of the sovereignty and territorial integrity of Ukraine. We are grateful that the Republic of Macedonia has fully joined the sanctions imposed by the European Union on Russia as an aggressor country, reads the letter.

Moreover, Zelensky thanks the President and the people of Macedonia for supporting Ukraine’s European integration strategy and the country’s candidate status for accession to the European Union.

Such an honest position of the President of Macedonia, who is already a candidate country for EU membership, is of particular importance. I hope that Macedonia will start accession negotiations with the European Union as soon as possible.

It is time for the European Union to make important political decisions. I believe that the Republic of Macedonia will also be able to successfully progress towards EU membership and one day our friendly countries will join the common European family as full members of the EU, he said in the letter.