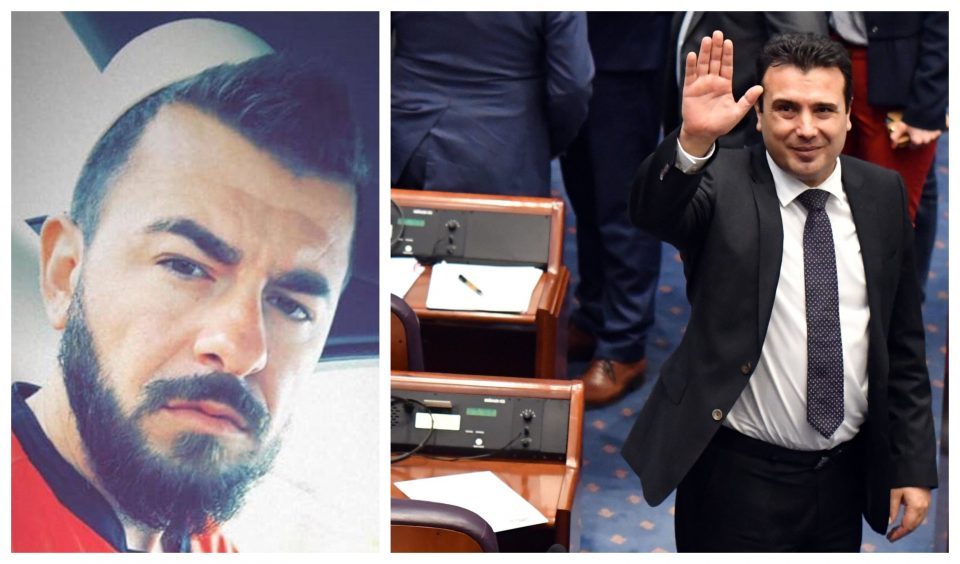 Zoran Zaev, who took over the office of Prime Minister of Macedonia by publishing often edited wiretaps of his political opponents today condemned Sekerim Ahmeti, the leaker known as El Cheka, for publishing wiretaps that throw a poor light on his coalition partner Ali Ahmeti and his DUI party.

This person pays no attention to what he is doing and doesn’t care about the privacy of the persons in the conversations. He needs to be held accountable. Will he publish something about me? Let him do it, and he will be held responsible for that too, the completely self-unaware Zaev said during the press conference on Wednesday. Zaev also asked that “if somebody has the phone number of Mister Cheka, give it to me, I’ll give him a call and ask him, friend, why do you publish only stuff about Ahmeti and not for me?”

El Cheka, who is believed to be based in Chicago, far from the reach of Zaev’s judiciary, and to have access to the same cache of wiretaps Zaev used to propel his political career in 2015, is publishing tapes that raise corruption allegations about Ali Ahmeti and his DUI party. Zaev promised to publish evidence of crimes about DUI, but never got around to it, especially after he took DUI in his coalition.

The institutions are acting on the allegations of unlawful transportation of wiretaps outside of the country. We are in touch with allied countries and demand that the laws are upheld. This is forbidden under the Przino accord and I’m horrified to hear personal conversations, for me, that is a criminal act, Zaev said, threatening El Cheka with criminal action in the United States.

Meanwhile, El Cheka published a wiretap in which Ali Ahmeti is heard talking to his brother about an allegedly corrupt infrastructure project on Tuesday. Today, he went on to threaten Ahmeti with death, after Ahmeti allegedly paid somebody to have him killed. El Cheka accuses Ali Ahmeti of disgracing the NLA/UCK terrorist organization he led in the 2001 war and of working with Serbian intelligence against Albanian nationalists under the fake name Aleksandar Antik.

Don’t mention the UCK, you are shaming the fallen fighters. There is no Albanian alive you haven’t insulted, you son of a Torbesh woman (Muslim Macedonian) who barely spoke Albanian. Keep those you send with money for my assassination close to you, we will find you all, and we wont tire looking for you. You kept power spilling the Albanian blood, but that blood will kill you Antik. See you soon, El Cheka wrote.

The Albanian language Lajm newspaper reports that a top DUI official was in Chicago last month, which prompted concerns from El Cheka that the party is preparing a hit on him.