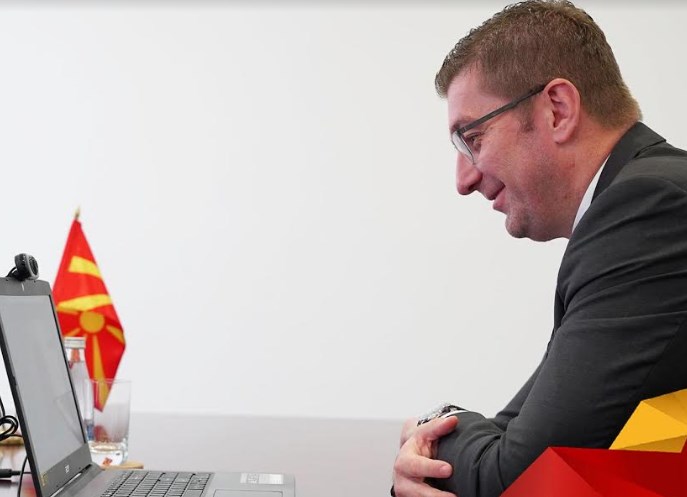 Our position with both treaties remains unchanged. We never agreed with them and we can’t agree with what is written there in the future, Mickoski said.

He repeated his position that there are requirements that need to be met to alter the treaties – having a two-thirds majority in Parliament and a majority of ethnic minority members of Parliament, to reverse them, and that VMRO-DPMNE will prioritize having Macedonia join the European Union, and that revoking the treaties will be a process.

We never ignored reality. I would be duplicitous if I said that we ignore reality. We are even part of the current Government. But I can never agree to the administrative name, because it violates my principles. I carry this country deep inside of me and I will hand it down to my descendants as Macedonia. What’s un-European in loving your country and respecting it as Macedonia?, Mickoski said in the often heated debate with journalist Vasko Popetrevski.