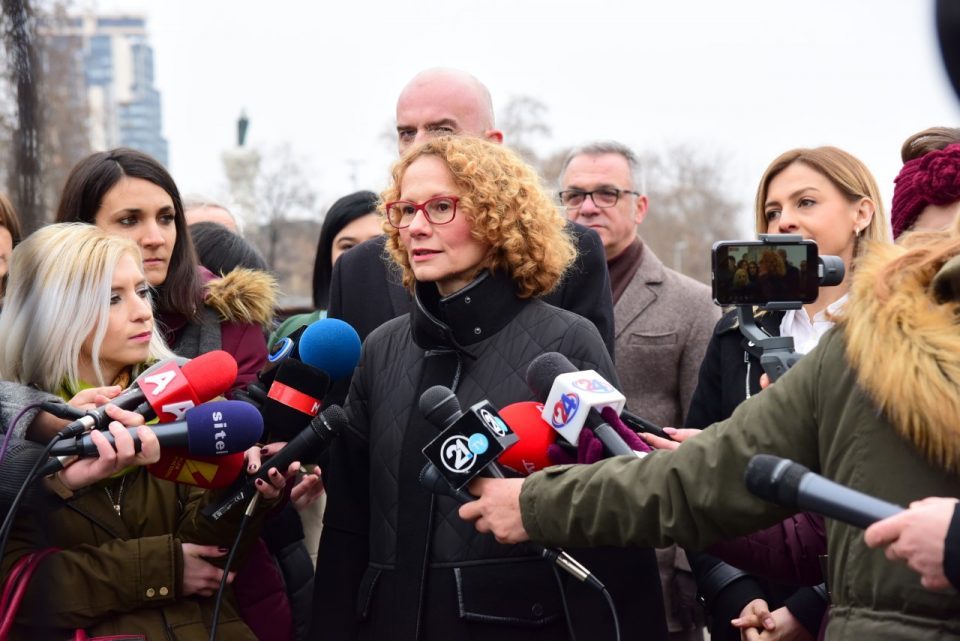 The defiant chant “Never North, Always Macedonia”, used by opponents of the forced name change of Macedonia, could be heard during the main Epiphany ceremony in Skopje today.

Thousands of Skopje citizens were gathered along the Vardar river to observe the blessing of its waters by Archbishop Stefan and the traditional race to retrieve the holy cross. Before the dozens of youngsters jumped into the river, they and other attendees, could be heard making the “Never North” chant, which is often heard during sport events and other mass gatherings.

Some of the Government officials heavily involved in the imposed renaming, such as Defense Minister Radmila Sekerinska, attended the ceremony. Sekerinska, Finance Minister Nina Angelovska and others could hear the chants that were, to a large extent, directed at them. Macedonian citizens and especially ethnic Macedonians overwhelmingly oppose the “new name”.