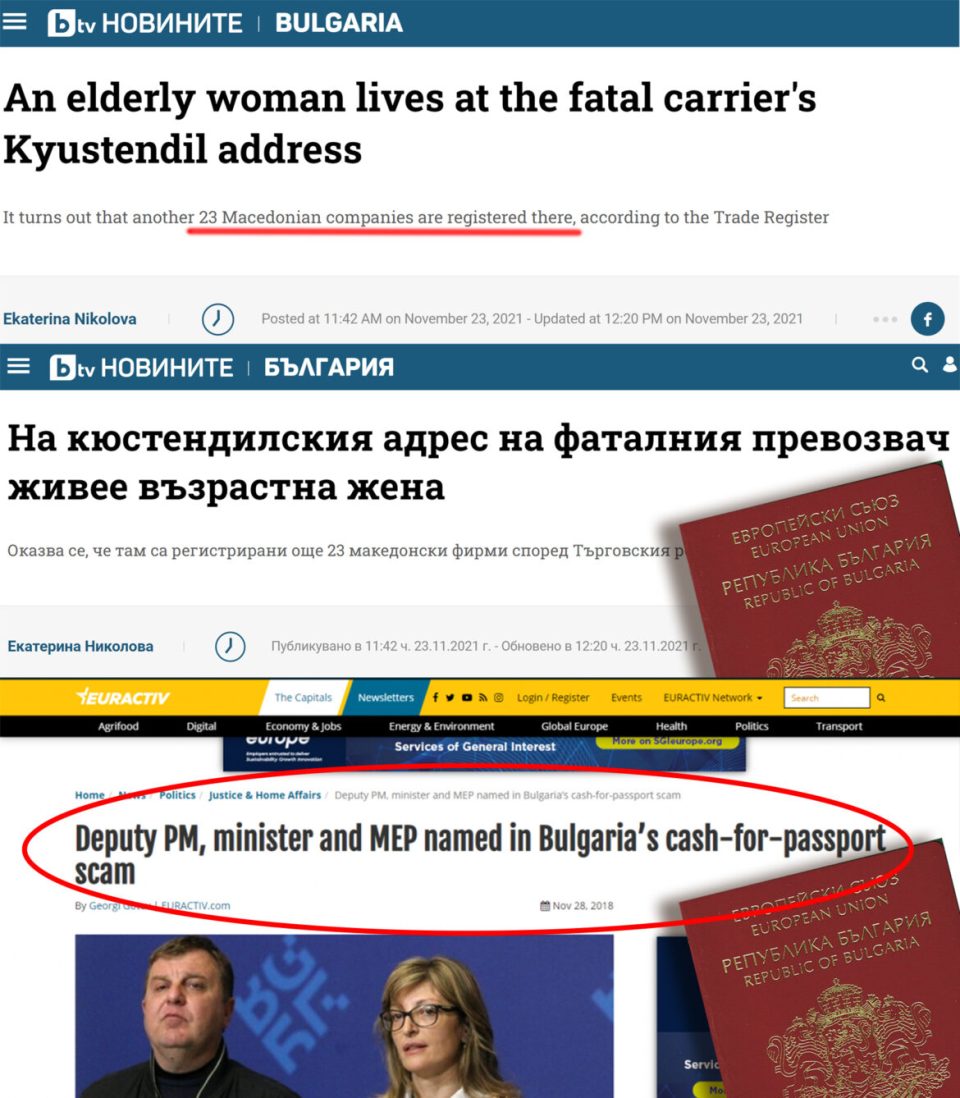 The party of Macedonians in Bulgaria, OMO Ilinden PIRIN this morning expressed its deepest condolences to the relatives and friends of the 45 Macedonian citizens killed in the bus accident that happened on the Struma highway. They say that they cannot but express serious concern about some of the information that came out despite this tragedy.

The headquarters of the transport company “Besa Trans” according to media reports is registered in Kyustendil, at the home address of an adult woman along with 23 other companies. This means that the owner of “Besa Trans” as well as the owners of those 23 companies are Bulgarian citizens with fictional addresses in Bulgaria.

The mass issuing of Bulgarian citizenship on false grounds to residents of non-EU countries, by registering residences and headquarters of companies with false addresses, with tens and hundreds of people and companies at the same address is a clear example of corruption that may have many different and dangerous consequences, warned OMO Ilinden.

They add that they understand the desire of the people who want to become citizens of the European Union faster, but cannot have an understanding of the abuse of suffering and poverty of the people by the authorities in Bulgaria for selling citizenship or blackmailing citizens of neighboring countries to declare themselves as Bulgarians, in order to achieve a nationalist agenda, in this case – artificially creating the impression of the existence of a large Bulgarian minority in Macedonia.

Information on major abuses by Bulgarian institutions related to the issuing of citizenship has been published several times, especially during the time when VMRO BND was in power, whose leaders were actively involved in the scandals related to the issuing of citizenship. No serious investigation has been conducted so far, nor has anyone been punished. Nor do we expect this to happen in Bulgaria, where in 31 years of democracy no corrupt politician has been convicted.

Pirogov hospital: Injured passengers are in stable condition, still not known when they can be discharged from hospital