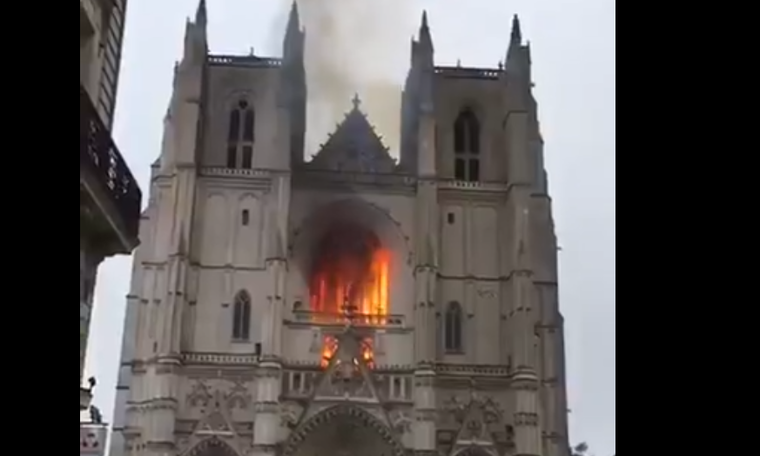 The fire that broke out in Nantes Cathedral on Saturday morning, could have been a case of arson, the V4 news agency reports. Before being put out by the firefighters, videos uploaded to the internet showed the fire inside the church raging with huge flames.

The fire department was called by the locals at around 7:45, and sixty firefighters were deployed to the scene. By 10 o’clock the fire had been localised. According to the French newspaper Le Figaro, Johanna Rolland, the mayor of Nantes, also rushed to the scene. First she praised the courage of the firefighters and then told that the cathedral is part of the city’s history. According to the mayor, the case is under investigation for arson.

It is not yet known exactly why the flames erupted, but Nantes prosecutor Pierre Sennes said the flames erupted in three places at the same time. He added that the incident is considered a crime. According to the French press, one fire brought out at the organ, while the other two on the right and left sides of the nave.

Prime Minister Jean Castex has announced that he will rush to the scene in the afternoon to see the situation in person.

Fire breaks out in Secretariat for European Affairs’ offices

Skopje: Man shot at person he suspected of torching his two cars