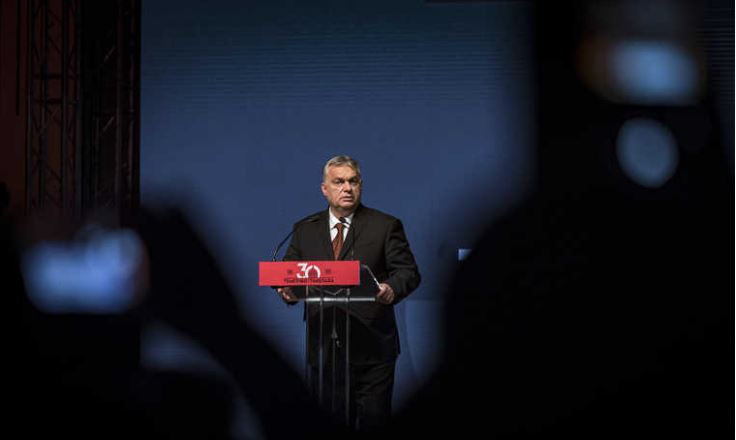 Speaking in the Romanian city of Timisoara, at the anniversary of the protests which helped bring down the Ceaucescu regime, Hungarian Prime Minister Viktor Orban outlined his goal to turn Central Europe into one of the world’s most successful and competitive regions, where cities are connected with motorways and high-speed trains, where “everyone would have a job, and where those who had left to work abroad would willingly return”. In that future, the difficulty would be “in deciding what to do with guest workers coming from western Europe,” Viktor Orban said.

– If we cooperate, all this becomes possible, making it the new reality for Europe, Orban said.

Orban stressed that Hungary wants to break out of the cycle of being a “secondary country” in Europe. Viktor Orban said Hungary wants to remain one of the safest countries in the world, adding that the work of Hungarian people should be worth at least as much as the work of those who were not dispossessed by communism. He explained that it was a lot easier for Hungary to achieve these objectives in partnership with its neighbours than on its own, adding that he saw a good chance for Hungarians and Romanians to have shared goals in the future, the V4 news agency reported.

Three decades ago, in December 1989 in Timisoara, local residents tried to prevent the eviction of reformed pastor Laszlo Tokes by forming a human chain. The human chain became a demonstration, and the Romanian military eventually fired into the crowd. The protests have quickly spread throughout Romania sweeping away communist dictator Nicolae Ceausescu’s rule.

Commemorating these events 30 years ago, Viktor Orban said that the citizens of Timisoara and Romania had made it clear to the world that Central Europeans would take their freedom back at all costs, if necessary. “1989 showed that it was possible for Romanians and Hungarians to join together for the cause of freedom, he added. In 1956, besides the Poles and Romanian Hungarians, it was Romanians who supported Hungary’s revolutionaries in the greatest numbers”, Orban added.

The prime minister also said that for 40 years, global policy-makers were in the firm belief that communism could be tamed or repaired, but then Romanians showed that it communism was impossible to “correct,” even by making compromises. The peoples of Central Europe had always known, he continued, that they would never be gifted their freedom. “Had we decided to wait for the West, we would still be living under Soviet occupation, would be a member of the Warsaw Pact and would have a communist party congress to decide on our future. But we wanted to live free and we have heroes who gave their blood for that cause,” Orban said.

Orban: We cannot allow poor countries to bear the costs of climate change