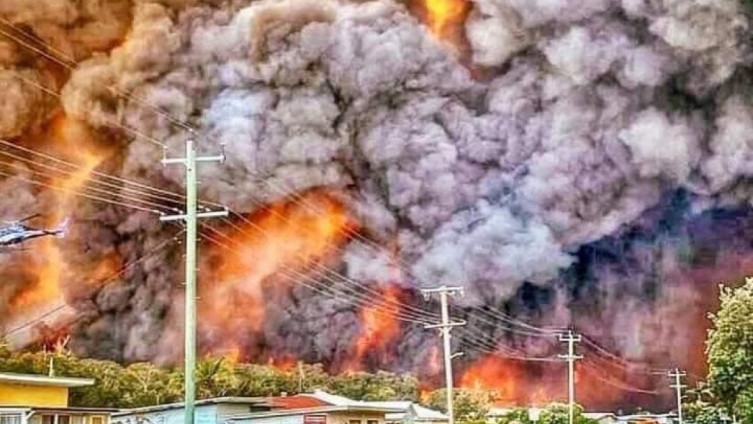 Smoke from the massive bushfires in Australia will soon circle the Earth back to the nation, says Nasa, BBC reports.

Massive infernos have raged along the nation’s east coast for months, pushing smoke across the Pacific.

“The smoke is expected to make at least one full circuit around the globe,” the US space agency said.

Hundreds of bushfires have burnt across Australia, killing at least 28 people and destroying more than 2,000 homes.

The unprecedented scale and intensity of the fires has been exacerbated by climate change, experts say.