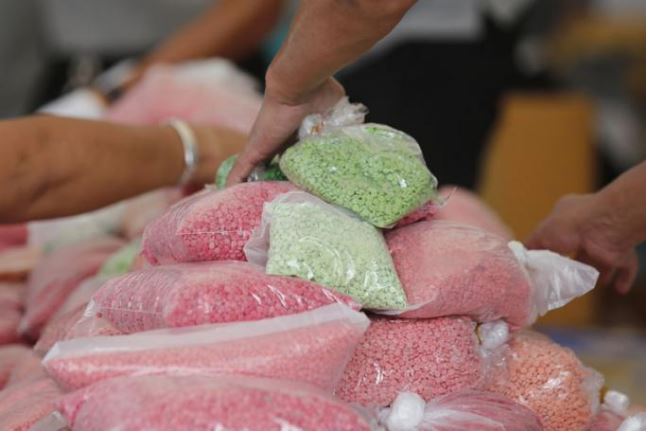 Australian authorities have seized almost 1.6 tons of illicit methylamphetamine in Melbourne in the biggest ever onshore seizure of the drug commonly known as ice.

In total, 1.596 tons of methylamphetamine and 37 kilograms of heroin were detected, the Australian Federal Police (AFP) said in a statement on Friday.

The seized quantity amounts to almost 16 million drug deals with an estimated street value of 1.2 billion dollars (837 million US dollars), the statement said.

There have been no arrests made and authorities are continuing with the investigations.

“This is the largest meth bust we’ve ever seen in this country and demonstrates […] the brazen nature of those involved in this criminal activity,” ABF Regional Commander Craig Palmer said.

He added that the seizure amounts to more than 13 per cent of the total drugs seized by authorities since July 2018.

In April, Australian authorities seized more than half a ton of ice, worth more than 438 million dollars, hidden in commercial refrigerators imported from Singapore.

Australian authorities in the past have said the country has a “serious epidemic” of drug use with an “insatiable demand” for illicit substances.

In February, an analysis of waste water data found Australians spent about 9.3 billion dollars on illicit drugs in a year, with an estimated 9.6 tons of methylamphetamine consumed.