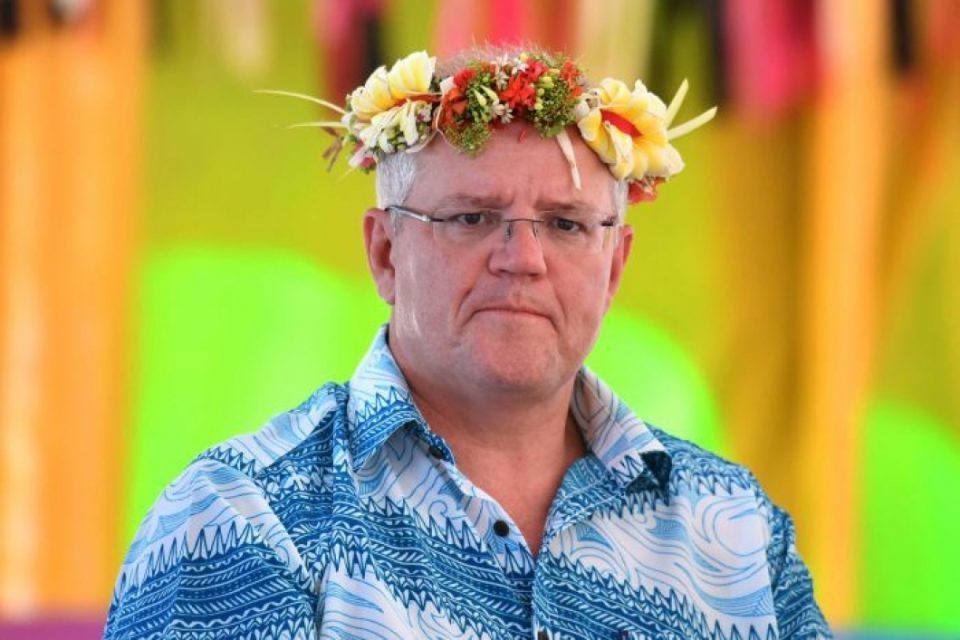 Australian Prime Minister Scott Morrison, who widely criticized for holidaying in Hawaii with his family during an unprecedented bushfire crisis and an extreme heatwave, has said he deeply regrets any offense caused by his trip.

“Over the course of the past week I have been taking leave with my family,” Morrison said in a statement on Friday. “I deeply regret any offense caused to any of the many Australians affected by the terrible bushfires by my taking leave with family at this time.”

There has been public uproar this week after it was first reported that Morrison traveled to Hawaii amid deadly bushfires, with #WheresScotty, #WhereTheBloodyHellAreYou, and #Morrisonfires, trending on Twitter in Australia.

The prime minister’s office has also been heavily criticized for declining to confirm whether Morrison was on holiday and his whereabouts during the bushfire crisis, which triggered a second state of emergency in New South Wales (NSW), the leader’s home state, on Thursday.

Morrison said the family leave “was brought forward due to the need to cancel our scheduled leave in January because of our official government visit to India and Japan.”

He also said that, while on holiday, he has been receiving “regular updates on the bushfires disaster.”

The prime minister said he “will be returning to Sydney as soon as can be arranged,” after two firefighters died south-west of Sydney while battling a “horrendous” bushfire overnight. His wife and two daughters will remain in Hawaii.

“It’s unfortunate it’s come at such a terrible time, particularly for those living in and around Sydney and NSW,” Morrison told Sydney radio 2GB on Friday. “It’s just devastating to be here and see what’s happening there, so I’m pleased to be returning.”

Morrison’s announcement comes as climate protesters, connected to the Extinction Rebellion movement, briefly blocked a central Sydney street demanding the government to declare a climate emergency. They were swiftly moved on by police.

The young demonstrators carried placards that read: “How’s the air in Hawaii?” and “When do our firefighters get a holiday?” – the slogan from an ad campaign Morrison oversaw when he was managing director of Tourism Australia in 2006.

The youth had pledged to stay in place until Morrison returned from his holiday and set up tents on the road outside his residence, but were forced by police to abandon. Ten people, including a state parliamentarian and a young student, were arrested.

Hundreds of firefighters, 95 percent of whom are volunteers, have been battling a major bushfire crisis with almost 3 million hectares of land already burned.

The bushfire season started two months earlier than in previous years. Severe drought in most of eastern Australia for the last two years and record-tumbling extreme heatwave conditions in recent days have made the situation direr in NSW.

So far, more than 800 homes have been destroyed in NSW and the bushfires have reached the outskirts of the state capital Sydney, Australia‘s most populated city.

The harbor city has also been choking on air pollution due to smokes from bushfires, with authorities saying out of 48 days since Nov. 1, 28 days had a “hazardous” level of air quality.

Morrison, before his holiday, riled up many people after saying that the volunteer firefighters “wanted to be” battling the blazes.

“I tell you what, that was deeply felt,” opposition Labor leader Anthony Albanese told reporters near a bushfire outside Sydney on Friday.

“He should really retract those comments that he made because it was raised with me on multiple occasions this morning. Those comments are inappropriate.”