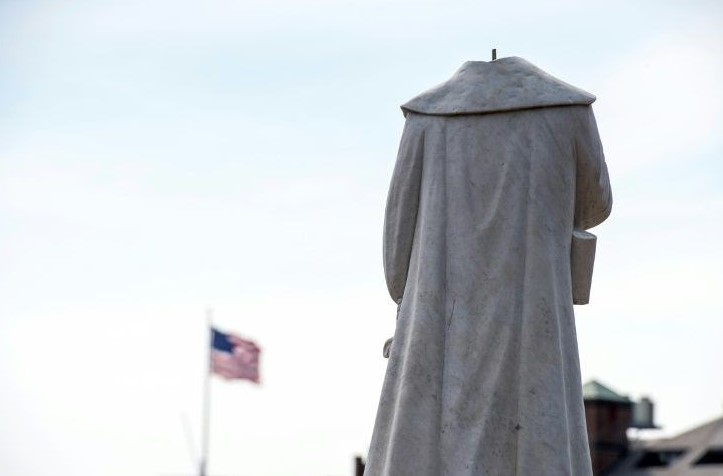 A mob spout slogans in unison, fists raised, endless threats aimed at political opponents and monuments defaced and destroyed. The scenes from the American and British cities these past days are very familiar to Macedonians, who had a Colored Revolution organized in our own country in 2015 and 2016.

The protests in Macedonia were sparked by the SDSM party, using wiretaps obtained by SDSM loyalists in rogue intelligence agency. The leftist party rode the often violent protests to power, helped by left wing Governments and diplomats and organizations from the EU and the US, in cooperation with some of the minority Albanian voters. The protests against the conservative VMRO-DPMNE party had as strong element of cultural war, as the protesters attacked monuments built to honor Macedonian kings, heroes and statesmen that did not fit in the national and ideological worldview of the left.

Protesters especially attacked Skopje 2014 – the urban refurbishing project initiated by VMRO to stake out the continuity of Macedonian national identity – which was bitterly opposed by neighboring countries such as Greece, and by Albanian politicians who have their own designs on the territory. Mixed left wing – Albanian protest groups who declared themselves to be the “colored commandos” threw bags of paint on the Macedonia Gate, a monument that especially angered Greece, and damaged monuments. An attempt to topple the monument to Prometheus failed only because the protesters didn’t have the muscle needed to finish the job. Police was pelted with rocks, had flaming dumpsters rolled at its ranks and an office of President Ivanov located in a residential building was torched by the mob.

The Colored Revolution in Macedonia was preceded by frequent seminars in protest organizing held by left wing groups, often funded by the George Soros foundation in Macedonia and Western left wing Governments. The inspiration clearly came from the earlier Ferguson and Occupy Wall Street protests – the slogan “no justice no peace” was translated into Macedonian, and the Serbian CANVAS group was reportedly involved in coming up with the gimmicks of this particular colored revolution. CANVAS head Srgja Popovic is now reportedly again involved in the protests organized in the US, where protesters are toppling monuments to politicians and statesmen outside of their worldview. 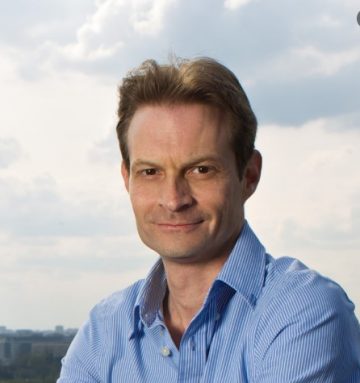 Monuments to Churchill, Columbus, even Abraham Lincoln are being toppled or decapitated in western cities and a coalition of left wing and minority protesters are calling for a rewriting of the national history and nation founding myths. While the events are eagerly followed and discussed in Macedonia, there is also the feeling of deja vu, and the understanding that, like here, it won’t end well.

Vlado Jovanovski: Those imprisoned in the April 27th trial are the martyrs of Macedonia