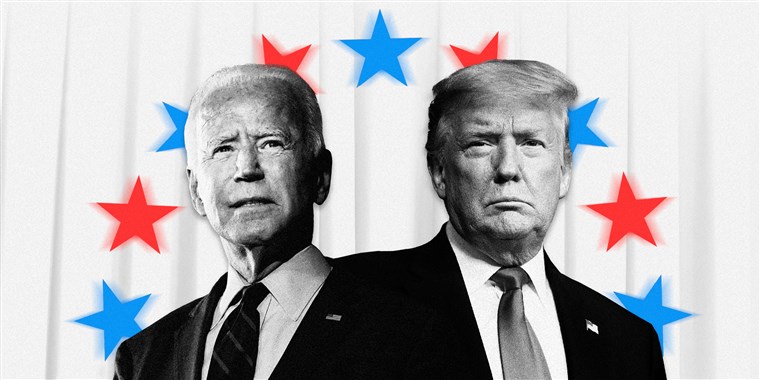 Democratic candidate Joe Biden has taken the lead in the US states of Pennsylvania and Georgia, two of the final states still in play in the presidential election, with just a small fraction of the votes left to be counted.

Biden has overhauled what was a substantial lead for President Donald Trump in Pennsylvania, and on Friday he pulled slightly ahead as mail-in ballots were added to the tally, broadcasters CNN and Fox reported.

The results of a little over 30,000 ballots were announced on Friday, and Biden won around 87 percent of those votes.

Winning Pennsylvania would give either candidate 20 of the crucial Electoral College votes needed to win the presidency. This is more electoral votes than any other of the undeclared swing states, and could on its own be enough to push Biden over the critical 270 mark.

A win for Biden in Georgia—not at all certain given that the margin is less than 1,000 votes—would hand him the state’s crucial 16 Electoral College votes.

If Georgia, which has voted Republican every election cycle since 1992, is called for Biden and Arizona holds for the Democrat, this would also push him over the 270 mark.

The pressure is rising on Trump, who has fewer paths to victory with time running out for him to overturn Biden’s leads.

Election officials say staff are diligently working in several states to count every vote, noting that mail-in balloting has added some time to the tallying process.

Trump has made repeated unsubstantiated claims of “fraud” since Tuesday’s election, with Twitter slapping warning signs on post after post, saying the president is apparently spreading misinformation. No election officials have reported fraud.

In a speech from the White House, his first since the night of polls closing, Trump railed against his opponents, claiming they were aiming to “rig” the election against him.

The president blamed a conspiracy of “big media, big money, and big tech” for the whittling away of his lead.

Biden has struck a markedly different tone, noting that votes take time to tally and that he was content to wait until the end of counting, saying he has “no doubt” that he would emerge the winner.

“Democracy is sometimes messy and sometimes requires a little patience as well,” he said in brief remarks from his home state of Delaware on Thursday.

The Healthcare Ministry reported six Covid-19 deaths over the past day. The deceased included four patients from Skopje, one from Kumanovo and one from Gostivar, aged between 60 and 86. This brings the total death toll of the epidemic to 2,702. There are 190 new cases, diagnosed out of 1,530 total tests...
Macedonia 17.01.21 | 12:00