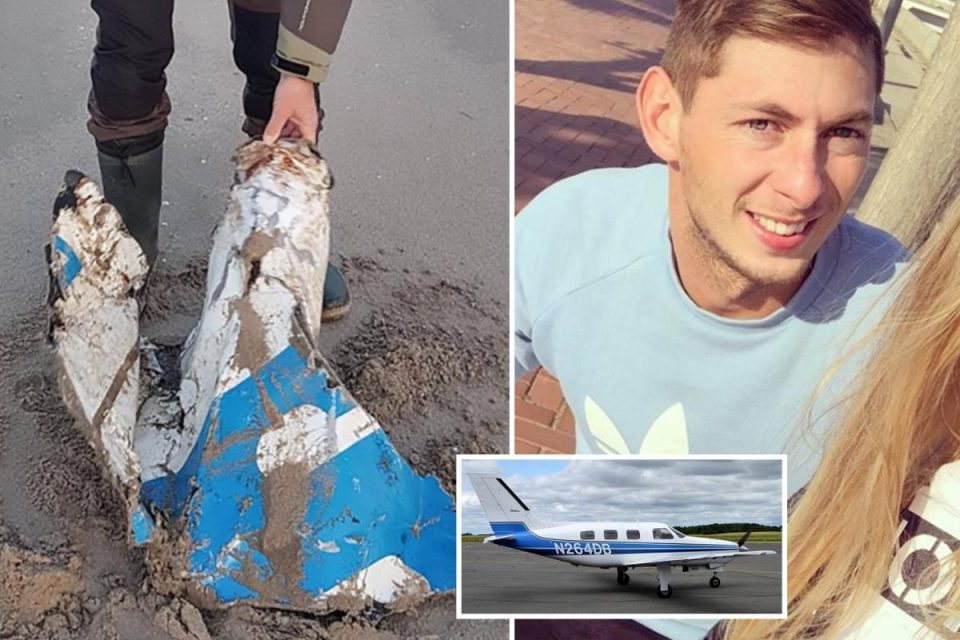 The body recovered from a plane that crashed in the Channel has been formally identified as that of the Cardiff City footballer Emiliano Sala, police have said, Guardian reported.

The aircraft, which was also carrying the pilot David Ibbotson, crashed on 21 January, en route from Nantes to Cardiff.

“The body brought to Portland port has been formally identified by HM coroner for Dorset as that of professional footballer Emiliano Sala,” Dorset police said.

“The families of Mr Sala and the pilot David Ibbotson have been updated with this news and will continue to be supported by specially trained family liaison officers.”

Cardiff City said: “We offer our most heartfelt sympathies and condolences to the family of Emiliano. He and David will for ever remain in our thoughts.”

Fellow footballers reacted to the confirmation of his death. Manchester City’s Sergio Agüero, who is also Argentinian, tweeted: “Rest in peace, Emiliano. My condolences to his friends and family.”

The wreckage of the Piper Malibu N264DB that was carrying the two men was found in the sea off the Channel Islands on Sunday, and investigators said shortly afterwards they had seen a body inside.

Efforts then began to recover and identify the body, though they were made more difficult by poor weather conditions. On Thursday, after the body was brought to Portland in Dorset by the Geo Ocean III boat, police confirmed it was that of the footballer.

Sala had recently been signed by the Premier League club from the French Ligue 1 side Nantes. He was returning to south Wales from the French city, which he had visited to say goodbye to old friends and teammates, when the crash occurred.

Dorset police said the coroner would continue to investigate the circumstances of Sala’s death, supported by its officers. The Air Accidents Investigation Branch also said it had decided not to continue efforts to raise the plane, which it had surveyed using a remotely operated vehicle.

“Unfortunately, attempts to recover the aircraft wreckage were unsuccessful before poor weather conditions forced us to return the ROV to the ship,” the AAIB said.

“The weather forecast is poor for the foreseeable future and so the difficult decision was taken to bring the overall operation to a close.”

Arsenal’s Mesut Özil was among the footballers to post messages about Sala on social media, writing: “No words to describe how sad this is. Thoughts and prayers go out to his family and also to the family of the pilot.”

Oumar Niasse, who is on loan to Cardiff City from Everton, tweeted: “RIP EmilianoSala1 for ever in our thoughts”.

Argentina’s president, Mauricio Macri, who had joined calls for the search for the plane to be resumed after it was called off, offered his condolences to Sala’s family, saying: “We are with you.”

The AAIB said the operation to recover Sala’s body was “carried out in as dignified a way as possible” in challenging conditions.

While it could not raise the plane, the body said “extensive video record captured by the ROV is expected to provide valuable evidence for our safety investigation”. Investigators said they would produce an interim report on the crash by 21 February.

Emiliano Sala: ‘This is a bad dream,’ says father after missing plane is found in the English Channel