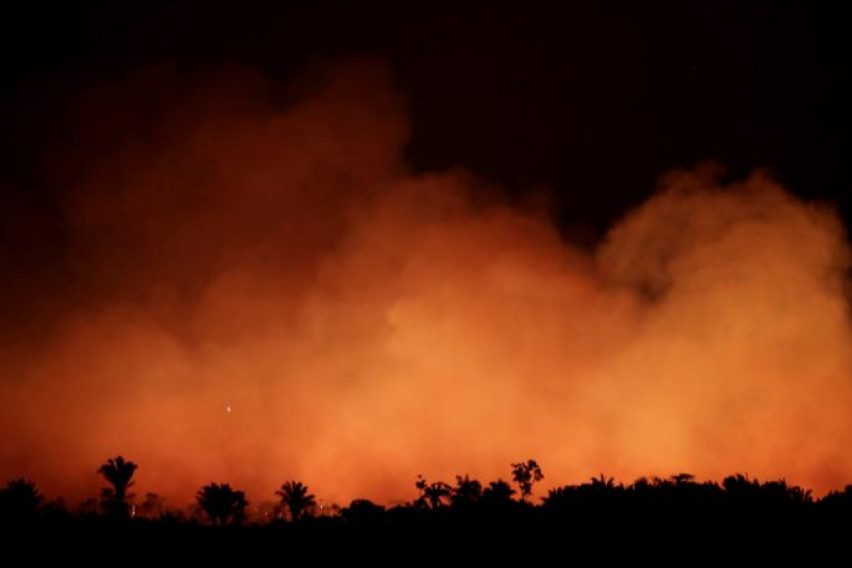 “The Brazilian government remains open to a dialogue based on objective data and mutual respect,” Bolsonaro wrote on Twitter.

“The suggestion of the French president to discuss the problems of the Amazon at the G7 summit without involving the countries of the region, however, suggests a colonialist way of thinking.”

Earlier, French President Emmanuel Macron had tweeted that the fires in the Amazon rainforest should be on the agenda for the summit of top western leaders he is hosting in Biarritz this weekend.

“Our house is burning. Literally,” Macron wrote on Twitter. “The Amazon rain forest – the lungs which produces 20 per cent of our planet’s oxygen – is on fire [sic].”

Describing the fires as “an international crisis,” the French leader called on his fellow G7 leaders from major Western powers and Japan to “discuss this emergency… in two days.”

Bolsonaro continued on Twiiter: “I regret that President Macron is trying to instrumentalize an internal affair of Brazil and other Amazonian countries for their own political advantage. The sensationalist tone with which he refers to the Amazon does not solve the problem.”

Brazilian prosecutors have launched an investigation into massive wildfires in the Amazon region.

The probe will look into why a “day of fire,” announced by farmers in the region last week, was not barred from taking place in the state of Para, prosecutors said on Thursday.

According to local media reports, farmers in south-western Para set fire to land along the BR-163 highway in a coordinated initiative in order to make way for new grazing areas.

The series of fires in the world’s largest rainforest has coincided with concerns over Bolsonaro’s environmental policy.

The fires followed moves by the government to open more of the rainforest to mining and agriculture, with satellite data indicating that the pace of deforestation was increasing rapidly.

Bolsonaro maintains that non-governmental organizations could be behind the wildfires ravaging the country’s Amazon rainforest, while admitting he had no proof and was only expressing a suspicion.

The president initially commented on the matter on Wednesday, after national satellite data showed the number of wildfires in Brazil had jumped by 83 per cent so far in 2019 compared to the corresponding period last year.

More than half of the fires have occurred in the Amazon region, dubbed “the lungs of the planet.” Environmentalists regard its preservation as key to preventing climate change.

Environmentalists rejected Bolsonaro’s comments, with Carlos Bocuhy from the Brazilian Institute of Environmental Protection calling them “completely irresponsible” and “nonsense.”

Bolsonaro commented on the possible role of the NGOs just as international criticism was mounting of his failure to protect the Amazon.

Fire in a furniture factory near Strumica