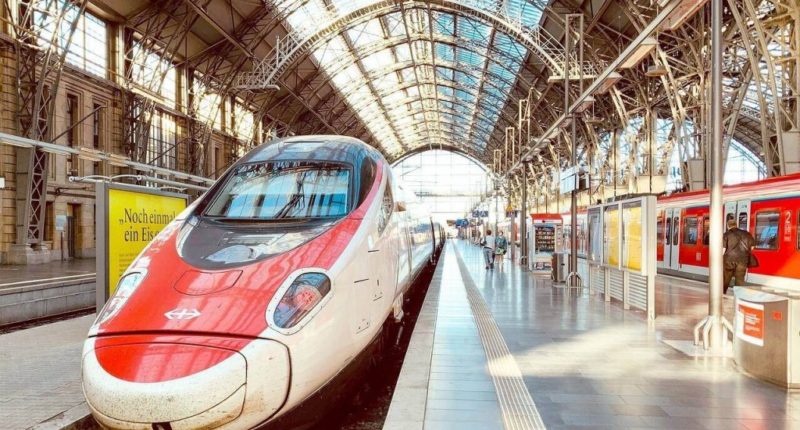 The preparational works for the construction of the Budapest-Warsaw section can continue, Daily News Hungary reports. A high-speed railway will be built to bring the capital of Slovakia, Austria, and Poland a little bit closer by making it possible to reach these cities very fast.

The Hungarian Ministry for Innovation and Technology successfully applied for the CEF – Connection Europe Facility. It is a key funding instrument of the European Union to promote growth, jobs, and competitiveness through targeted infrastructure investment at a European level. The decision means that the environmental protection aspects of the section of the whole railway between Budapest and Warsaw will be supported by the EU fund. More precisely, 85% of all tax-deductible expenses, which is expected to be around 2 billion forints (5 and a half million euros).

The infrastructural project will come to life in the next ten years to connect the capitals of the V4 Group together, with the possibility to travel to Vienna. The railway will run along Hungary’s busiest traffic area. The passage leaving from Budapest to a south-west direction is the busiest in the country in all aspects: on railway, motorway, and in the sky, as well. The M1 motorway and the Budapest-Hegyeshalom-Rajka railroad are both close to using their full capacity. The new railway would leave to the West from Kelenföld, going round the Vértes to touch Székesfehérvár. After a possible stop in Győr, the train would travel towards Bratislava, leaving Hungary at Rajka, and towards Vienna, exiting the country at Hegyeshalom. The trains would be able to run super-fast, except for when inside the cities, with the speed of 250-300km/h.

The Ministry for Innovation and Technology emphasized that the costs of the immense investment will be absolutely worth it, as the favourable impacts on the traffic and the environment, and the improvement of the economy and tourism will all recompense the costs. Based on preliminary calculations, around 20 million people would be able to travel yearly on the railway. Moreover, the railroad will be open for usage for the local InterCity lines, thus creating an alternative for those wanting to travel to Lake Balaton. Thanks to the investment, more passenger and cargo trains would be able to circulate in the region and the outskirts of the capital. It would free, to some extent, the motorways leading to Budapest, which would result in less C2O emission (around 4000 tons per year).

With the contribution of CEF, traffic development projects can come to life in Hungary, equivalent to 670 billion forints (1.8 billion euros). When it comes to railways, this development fund made several works possible in the country, writes hellomagyar.hu. This specific project was classified as a thought-through and well-elaborated plan that perfectly fits the EU’s traffic development and environmental protection goals. The high-speed railway will substitute for a high number of passengers travelling both by plane or on the road, thus it contributes to the green vision of Europe. The final route will be decided based on a thorough investigation concerning the soil, the waters, and the protection of the fauna from noise and vibration. Vienna and Bratislava will only be a less than two-hour-long trip, while we will be able to reach Prague in about three and a half hours. Warsaw would come closer as well, with a five and a half-hour-long ride.