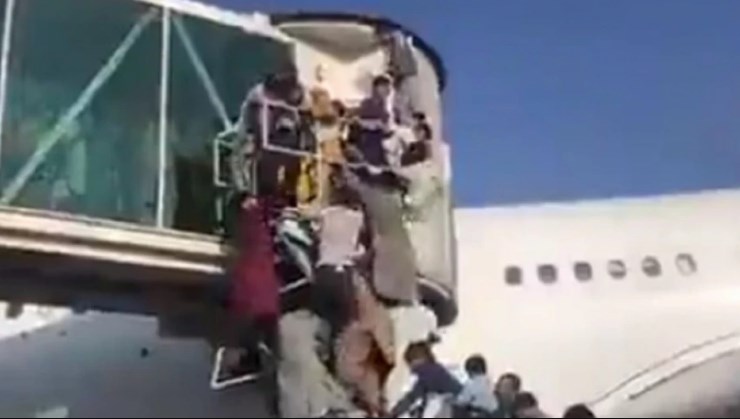 Thousands of Afghans and foreign nationals have surged on to the tarmac at Kabul airport seeking a place on a flight out of the country, amid chaotic scenes that unfolded as the Taliban took control of the city, The Guardian reported.

With the Taliban installed in the presidential palace and the elected president having fled the country, access to Hamid Karzai airport, five kilometres from the centre of the capital, was possible only through Taliban checkpoints.

The US, UK, Germany, Canada and a host of other coalition nations are all seeking to evacuate their nationals from the country. The southern – civilian – side of the airport came under fire on Sunday, and on Monday morning, there were reports US troops had fired into the air to disperse surging crowds.

Foreign embassies warned their nationals and Afghan citizens it was not safe to travel to the airport, and only to go there if instructed. Embassy staff are being helicoptered to the military side of the airport, which has been secured by US soldiers.

Videos from the airport showed people pouring into the terminal building, and scenes of dozens being pulled into the back of a C-17A military aircraft on the tarmac.

Thousands of people – including parents carrying young children – are seen surging towards planes on the airfield. US Humvees are also on the ground at the airport. In one video a woman calls out “look at the state of the people of Afghanistan”.

More at The Guardian

At least 13 dead in two blasts outside Kabul airport