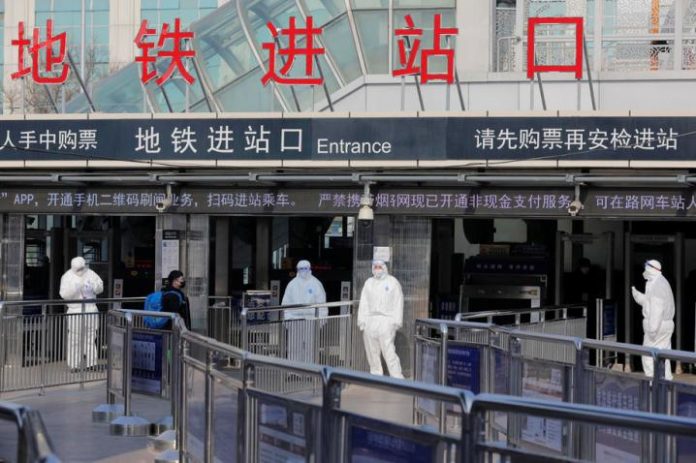 China reported the highest number of new coronavirus cases in nearly six weeks on Monday, as the country tries to prevent a second wave of Covid-19 infections.

Authorities counted 108 new coronavirus infections over the past day, including 98 cases among travellers returning from abroad, according to the National Health Commission.

This is the highest number of reported infections since March 6, when authorities counted 143 new cases.

China is focusing its efforts on preventing a second wave of Covid-19 infections, especially among Chinese citizens returning from abroad.

Beijing on March 28 banned the entry of foreigners into China. However, state media has reported that travellers crossing the border from Russia are spreading the coronavirus in the Chinese border city of Suifenhe in the north-eastern Heilongjiang province.

Around 300 cases of the coronavirus had been confirmed in the city by Saturday, including 100 infected people who did not appear to be showing any symptoms.

Of the new cases reported Monday, 10 were locally transmitted infections, including seven cases in Heilongjiang province and three cases in the southern Guangdong province.

The spike in locally transmitted infections comes after authorities had reported a string of days with no such new cases in late March.

A new cluster of infections is also feared in the southern metropolis of Guangzhou, in Guangdong province.

CNN reported Sunday that the African community in Guangzhou was being targeted amid prevention efforts. Africans in the city have reportedly been evicted from their homes and turned away from hotels even if they hadn’t travelled abroad recently.

The Chinese Foreign Ministry said in a statement late Sunday that it expected local authorities in Guangzhou to “reject all racist and discriminatory remarks.”

China: No survivors in the plane crash near Guangzhou