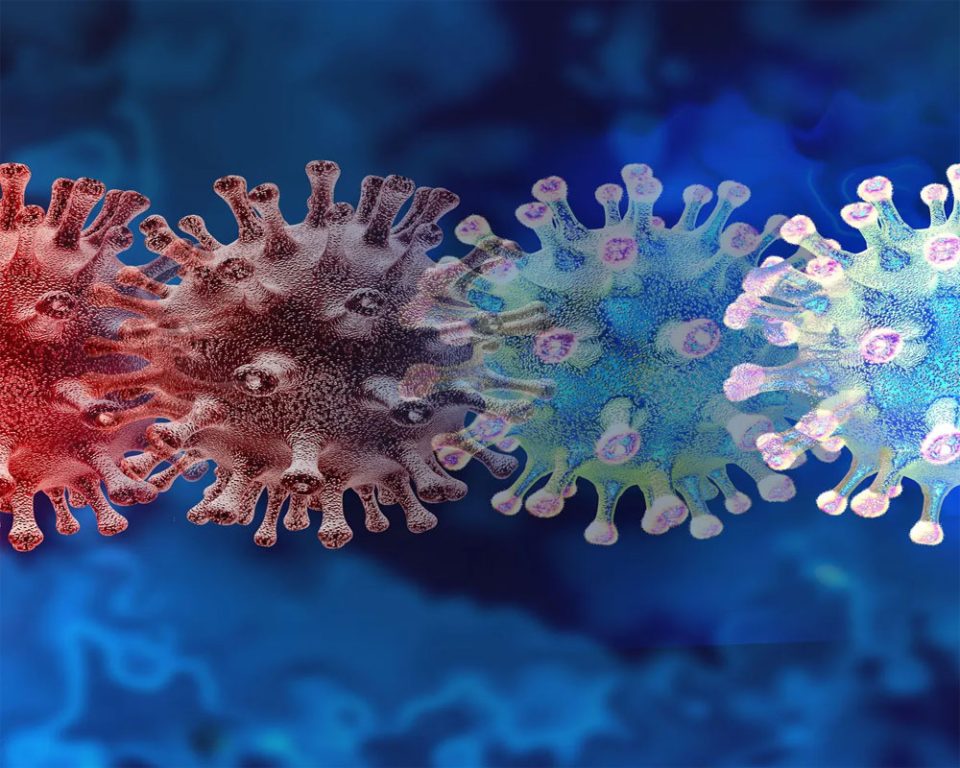 Concerns are on the rise over a new coronavirus variant detected in South Africa.

South Africa‘s National Institute for Communicable Diseases (NICD) confirmed Thursday that 22 cases of the B.1.1.529 variant have been detected in the country, and said further cases are expected as genomic analysis continues.

The World Health Organization (WHO) designated the strain as one of its “variants under monitoring” on Wednesday, and said the earliest documented samples were from multiple countries in November.

Maria Van Kerkhove, the WHO Covid-19 technical lead, said the variant had been detected in South Africa and fewer than 100 whole genome sequences of the strain are currently available.

It will take a few weeks to find out more and decide whether it should be designated as a “variant of interest” or “variant of concern” and be given a Greek name like Delta.

Van Kerhkove noted the large number of mutations the variant has could change how the virus behaves. But it is not yet clear what that means for the efficacy of current vaccines and medicines.

“Everybody that’s out there needs to understand that the more this virus circulates, the more opportunities the virus has to change, the more mutations we will see.”

Britain’s PA news agency reported that coronavirus cases with the variant have been confirmed in Botswana, South Africa and Hong Kong. A total of 59 samples with the strain have been uploaded to the South African variant tracking website, according to PA.

Britain is suspending flights from South Africa, Namibia, Lesotho, Botswana, Eswatini and Zimbabwe from midday on Friday, while Israel is halting entry for foreigners arriving from all of those countries and Mozambique, and requiring Israelis returning from them to quarantine.

Across Africa, only 6.6 per cent of the population is fully vaccinated against Covid-19 and several countries are experiencing a fourth wave of the pandemic.

Rumours had been circulating of a new variant in South Africa as infection figures have been slowly rising there.

John Nkengasong of the African Union’s Africa Centres for Disease Control and Prevention (CDC) stressed on Thursday that the data would be investigated and evaluated.

“We need to do more studies, there is a lot we don’t know about this virus,” Nkengasong said. “We have to look at these data very carefully before we make any announcement. The 70-per-cent [vaccination] rate is an imperative target for our continent.”

Compared to the previous week, the number of new infections in Africa actually fell by 11 per cent and the number of deaths by 15 per cent.

According to the Africa CDC, a total of around 8.6 million infections have been documented in the continent so far, of which more than 222,000 were fatal.

According to Nkengasong, the number of unreported cases in Africa, home to 1.3 billion people, is probably higher.

The Africa CDC is trying to pool the resources of African countries and says so far, the continent has procured about 403 million vaccine doses, of which 55 per cent have been administered.

Nkengasong attributed the low vaccination rate in part to logistical problems and called for more testing in the individual states.

But there are other challenges. For example, on average, only 27 per cent of medical personnel across the continent are fully vaccinated, according to the WHO.

Overall, 1.3 million medical workers in 25 countries in Africa are vaccinated, according to the data. In six of those countries, the vaccination rate is above 90 per cent, including Cape Verde, Lesotho and Rwanda. Numbers drop off in conflict-ridden countries like Cameroon, the Central African Republic, Chad and Congo.

Meanwhile, in Nigeria, Africa‘s largest country by population, only 30 per cent of medical professionals are vaccinated, with large vaccination gaps in rural regions.

Matshidiso Moeti, the WHO’s Africa regional director, put the problem largely down to availability but she added that as long as doctors and nurses remain unprotected from the virus, that will create a challenge to stopping the disease’s spread.