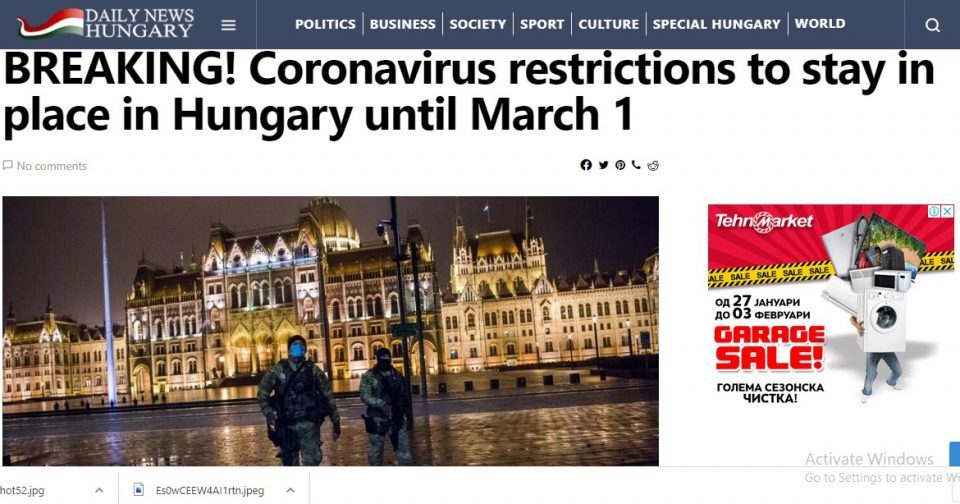 The government is extending coronavirus-related restrictions until March 1, Gergely Gulyás, the head of the Prime Minister’s Office, told a regular press briefing on Thursday. The government made the decision after a meeting of the operative body responsible for handling the epidemic on Wednesday, Gulyás said, “Daily News Hungary” reported.

Since they were introduced in November, the restrictions have proven to be effective in curbing the epidemic, he said. However, any easing without widespread vaccination would trigger further waves, and lead to even stricter measures later on, he added.

The government will also extend its special powers for 15 days from midnight on February 7, and request parliament to extend the special legal order in force with a further 90 days, Gulyás said.

The government will review the situation in the second half of February, he said.

Gulyás said the restrictions could only be eased if the number of active infections continues to drop, or if enough vaccines were at hand.

UK variant of coronavirus detected in 45 patients in the country