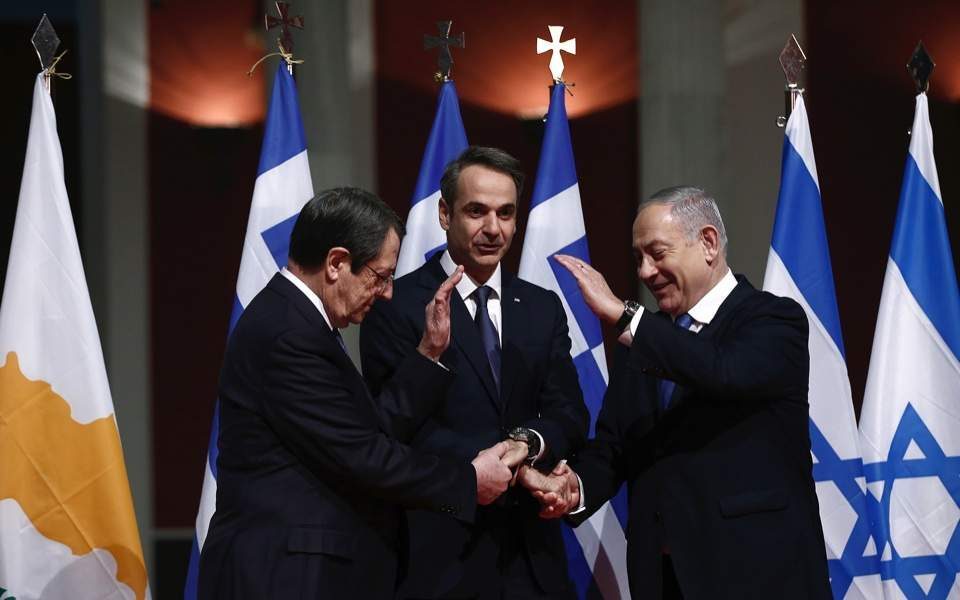 The leaders of Cyprus, Greece and Israel signed a basic agreement in Athens on Thursday paving the way for the planned construction of the EastMed gas pipeline in the Mediterranean.

The next step is to put the project out for tender so that private investors can apply. Israel estimates that the controversial 2,000-kilometre pipeline could begin operations starting in 2025.

“We’re building a bridge with which energy will be brought to Europe,” said Mitsotakis, adding that the pipeline would help stabilize the region as well as bring its people more prosperity.

Turkey has repeatedly rejected the EastMed pipeline, with Ankara saying it would not allow projects of this kind in the eastern Mediterranean without its participation or consent, as well as calling the trilateral alliance an attempt to encircle the country.

From 2025, Israel plans to deliver natural gas to Europe through the pipeline. Costs could amount to more than 6 billion euros (6.7 billion dollars). The pipeline is set to go from Israel to Cyprus, and from there to Crete and then the Greek mainland. There, it will be delivered to Italy through another pipeline, according to Athens.

The project is supported by the United States and European Union. Washington has stressed that Europe should become less dependent on deliveries of natural gas from Russia.