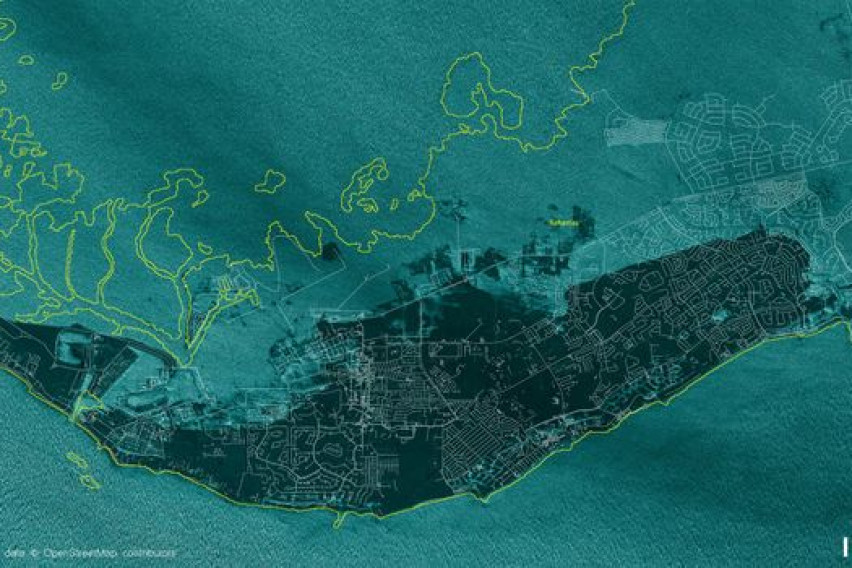 The immense physical destruction on the Bahamian islands of Abaco and Grand Bahama can easily be seen from the air — but officials are only now beginning to grasp the devastating personal toll for families who have lost loved ones in Hurricane Dorian, CNN reported.

The killer storm — the strongest to ever to make landfall in the country — wiped out many homes, and in some cases, entire neighborhoods were mashed into rubble.

The death toll from the storm jumped Wednesday from seven to at least 20, but as searchers comb the landscape in the upcoming days the extent of the damage will be revealed.

“We expect that this number will increase,” Prime Minister Hubert Minnis said at a Wednesday night news conference.

Though the Bahamas experiences hurricanes frequently, he said that Dorian, which made landfall as a Category 5, has caused “generational devastation.”

It will require a massive recovery and relief effort.
The only international airport on the island of Grand Bahama has been ripped apart by Dorian.

“After two days of trying, we’re finally able to get into the Freeport airport,” CNN’s Patrick Oppmann said from the scene Wednesday.

“It’s gone. … The level of devastation is actually breathtaking. There are no walls left at the airport. The ceiling has come crashing.”

Hurricane Dorian makes US landfall as a Category 1 storm

7 Americans killed in helicopter crash off the Bahamas

Deskoska’s husband with his theories: North Macedonian is the reality, not Macedonian

The most important thing is that the North Macedonian flag is flying on the mast. Everything else will pass. This is how the professor at the Faculty of Law “Justinian I”, and husband of the Minister of Justice Renata Deskoska, Toni Deskoski commented on a news article related to Macedonia’s...
Macedonia 01.04.20 | 21:04

The mother from Ohrid was not infected with coronavirus