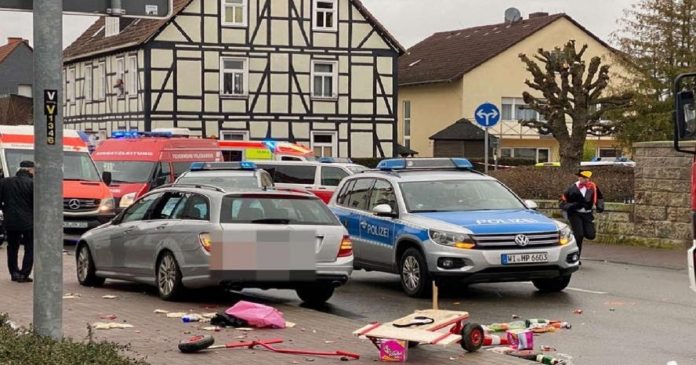 German police say they think a driver who steered a car into a Carnival parade in the town of Volksmarsen on Monday, causing dozens of injuries, acted with intent.

Police said they expect there to be dozens of injuries in the incident in total. Some people were severely injured.

Carnival is celebrated predominantly in Catholic communities across Germany with a series of parades and parties in the days leading up to Ash Wednesday.

In one month, 200 passport applications were submitted to the Macedonian Embassy in Germany