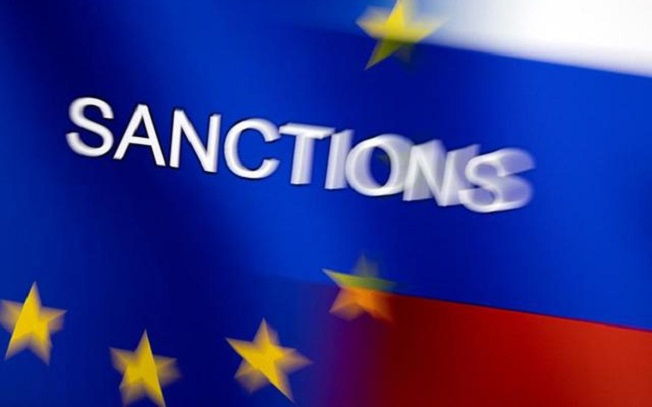 EU leaders are to meet in Brussels on Monday for a two-day extraordinary summit to discuss their support for Ukraine as well as their long-term response to Russia’s invasion.

The meeting comes amid continued division over an embargo on Russian oil after a compromise proposed by the European Commission to exempt oil imported by pipeline failed to receive backing by all EU ambassadors at talks on Sunday.

A ban on Russian coal imports was approved earlier this year. The commission then proposed at the beginning of March to end imports of Russian crude oil in six months. But Budapest has steadfastly blocked the measure, leading to the ongoing stand-off.

Hungary’s fierce opposition to a full embargo in favour of imports of cheaper Russian oil has created discord among member states.

“We cannot understand the logic of gaining or profiting from the war and from the blood,” a Polish senior diplomat said ahead of Monday’s meeting.

Consultations between diplomats and EU officials on the sanctions are expected to continue on Monday morning in an attempt to resolve differences before leaders arrive.

“We are moving forward, trying to find solutions. I’m not saying we are there yet, but at least there is a push to find solutions,” an EU official told journalists in Brussels on Sunday evening.

The disagreement among EU countries over new sanctions risks being on full display when Ukrainian President Volodymyr Zelensky is expected to join the meeting via video link.

Zelensky announced on Saturday that he wants to talk about the “terror” Russia is inflicting on Ukraine, but also on the European energy market and the global food market.

Also on Monday, EU leaders are expected to discuss short term financial assistance to war torn Ukraine as well as funding for the country’s post-war reconstruction.

This includes a proposal by the European Commission to provide Ukraine with around €9 billion ($9.7 billion) to be disbursed in tranches until the end of the year to cover state expenses.

EU leaders are to start discussing how to potentially finance Ukraine’s post-war reconstruction. A previous proposal by the European Commission for an EU-led financing platform has been met with reservations from some member states, as well as the idea to take on common debt.

The commission’s major initiative to end all Russian energy imports to the bloc within the next five years is also on the agenda.

A major stumbling block currently is how the €300 billion needed, according to the commission, to implement the plan can be raised.

A commission proposal to partly finance the plan by selling more emission allowances is seen by some countries as counterproductive to achieving the EU‘s goal of being climate neutral by 2050.

On Tuesday, EU leaders will also discuss global food security amid a looming food crisis and the EU’s defence capacities.

Russia is currently blocking the export of 20 million tonnes of grain from Ukraine, one of the world’s largest grain producers, mainly to North Africa and Asia, according to the German government.

According to the UN’s World Food Programme, 276 million people were suffering from acute hunger at the start of 2022. If the war in Ukraine continues, that number could rise by an additional 47 million.

The chairperson of the African Union is expected to join EU leaders by video in a bid to support African countries in avoiding food shortages.

Lastly, the EU heads of state and government will discuss how to jointly strengthen their defence capacities in light of Russia’s war against Ukraine.

The summit meeting is expected to end on Tuesday afternoon.