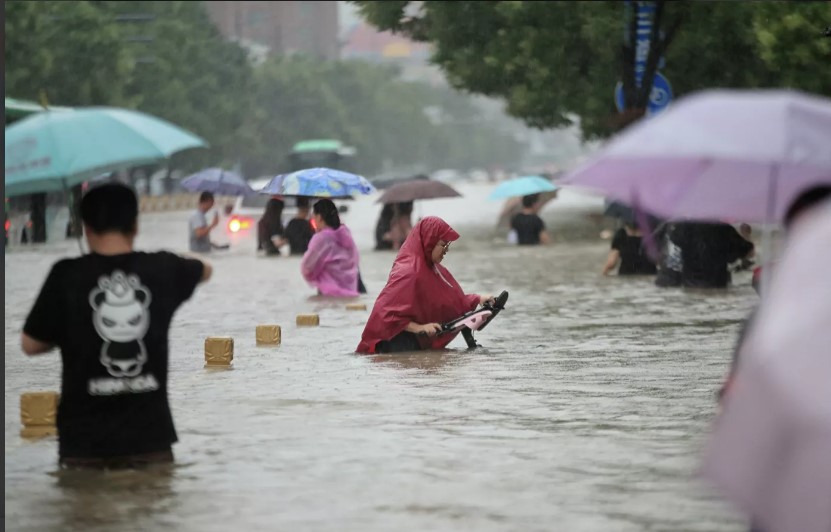 Recent floods in places like China and Germany, as well as other notable extreme weather events dominated the start of the meeting of the Intergovernmental Panel on Climate Change (IPCC) on Monday.

Speakers noted the tragedies and made a call: The world, galvanized by the events, must act urgently to mitigate climate change.

On August 9, the first part of the Sixth Assessment Report on climate change is due to be published.

For example, “a better understanding of the attribution of extreme weather to climate change” is to be expected, said IPCC chairperson Hoesung Lee.

The contents of the report are still top secret. Government officials are going through the science submissions, which have been compiled during the past three years, until the end of next week.

They have to approve the publication. The meeting will be behind closed doors.

The world is waiting to hear what the IPCC has to say, Lee said. Regional climate change predictions are also expected to play a major role.

The new report is an important template for the World Climate Conference in Glasgow in November, said Petteri Taalas, Secretary General of the World Meteorological Organization (WMO).

Even more ambitious climate change targets are needed than governments have planned so far, he said.

“It is important that we start the mitigation action as soon as possible. We cannot wait for decades,” Taalas said.

UN: We have not released any assessment of government’s response to the COVID-19 pandemic

V4: Hungarian FM says UN tries to force through its migration compact rejected by many states