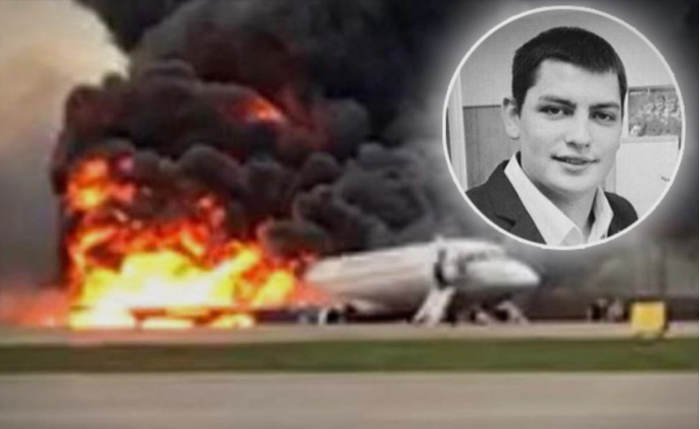 Maksim Moiseev, a flight attendant on the Sukhoi Superjet 100 plane that burst into flames at Sheremetyevo airport, died trying to open a door in the tail of the plane that was ravaged by fire to save the passengers, a source in the aviation circles told TASS.

“The passengers were evacuated with the help of the emergency escape slide through the forward entry door. Flight attendant Maksim Moiseev was with the passengers sitting in the tail of the plane. He was trying to open the rear exit door to quickly evacuate the passengers from the tail that was ablaze. He didn’t succeed and started helping people to leave the plane,” the source said. According to him, the flight attendant was on board until everyone was evacuated and died in the fire.

Aeroflot’s Sukhoi Superjet 100 passenger plane (flight SU-1492) with 73 passengers and five crewmembers onboard that was bound for Murmansk caught fire after emergency landing at Sheremetyevo shortly after the takeoff on Sunday. Per latest reports, 41 people died.