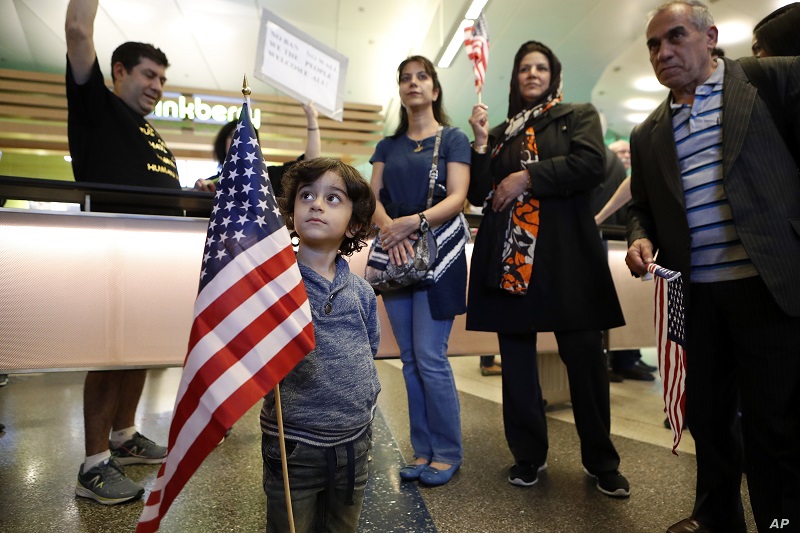 The United States government admitted no refugees last month for the first time since records began.

Advocacy group World Relief said October 2019 was the first month in 30 years that the US government failed to allow a single refugee to resettle.

The US was the world’s leading refugee resettlement destination until Donald Trump became president in 2017.

It had previously resettled more refugees than all other countries on Earth put together, but began slipping down the ranks in the first year of Trump’s presidency.

Resettled refugees are those people who have sought asylum from another country, and who ultimately hope to become permanent residents of their host nation.

The Los Angeles Times reports that the zero figure for October was partly because of bureaucratic reasons.

The president finally signed that order on Friday, with those refugees now expected to begin arriving in the US from Tuesday.

Trump was elected to power after promising a crackdown on immigration, including promises to build a wall spanning the United States’ southern border with Mexico.

But critics say his stance has harmed the world’s most vulnerable people who are in desperate need of safe sanctuary.

Hundreds of refugees who had been cleared for arrival were held up by the delayed signing of an order by Trump aimed at limiting refugee numbers to just 18,000 a year.

President Stevo Pendarovski disagrees with the proposal of SDSM leader Zoran Zaev to reduce the entire public administration to the minimum wage of 14,500 denars, which fortunately was not accepted today by the government. I agree with the latest set of government measures with which all office holders,...
Macedonia 31.03.20 | 15:24

Two men, aged 45 and 78, are the latest victims of the coronavirus epidemic

Government rejects Zaev’s plan to cut public sector salaries, will provide a dose of stimulus instead

Filipce feels encouraged by the linear spread of the virus