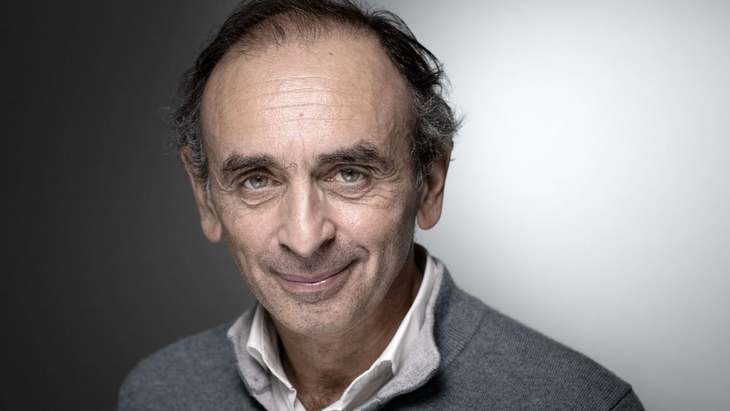 There was much speculation about when and how Eric Zemmour would announce his bid for the French presidency. Every survey shows that the essayist is extremely popular among people, ranking third after President Macron and Marine Le Pen, the V4 news agency reported citing recent polls.

After a long period full of speculation, the renowned French columnist has officially announced that he will run in the presidential race in April 2022. The essayist embarking on a political career is extremely popular with voters. According to the findings of the latest survey – commissioned by the weekly le Journal du Dimanche and published on 28 November by Ifop – Emmanuel Macron is in the lead at 25 to 28 per cent, followed by Marine Le Pen at 19 to 20 per cent, with Eric Zemmour in the third place at 14 to 15 per cent. This result is extremely good given the fact that Mr Zemmour is a newcomer in the political arena and officially announced that he will run for president at noon on 30 November.

The essayist announced his bid for the presidency in a video published on YouTube.

In the 10-minute video titled “Il est temps d’agir” or “Time to Act”, Zemmour says France has changed to such an extent that streets no longer look familiar. Watching commercials or football matches on television makes people feel that they no longer live in a country that they once knew. Zemmour’s video features clips with crimes committed by migrants, youngsters being beaten up and police attacked by fireworks in the outskirts of cities. He says that today, people are hopelessly searching for a France that they remember from films and their childhood, but that country is slowly disappearing, leaving them feeling like strangers in their own country.

France needs to be re-industrialized and its trade balance restored, Zemmour says. French companies that have left the country must be lured back and those unemployed need to be re-employed. This is why the country’s technological treasure needs to be preserved, giving small businesses the opportunity to develop and grow. In order to ensure that, France’s architectural, cultural and natural heritage must be protected, its education system must be restored and power must be given back to the people.

According to him, leaders on both the left and right of the political spectrum have been leading France into decline for decades, lying to people and hiding the reality of the great population exchange. This is why I decided to take the fate of the people into my own hands, Zemmour said, adding that he believes the task at hand is not to reform France, but to save it, which gave him the motivation to run for president. He said he wanted to bring back the France that their ancestors had bequeathed to the people, so that the French can be proud of their past and have confidence in their future.

Western Balkans to be a priority of France’s EU Presidency, but unclear in what form