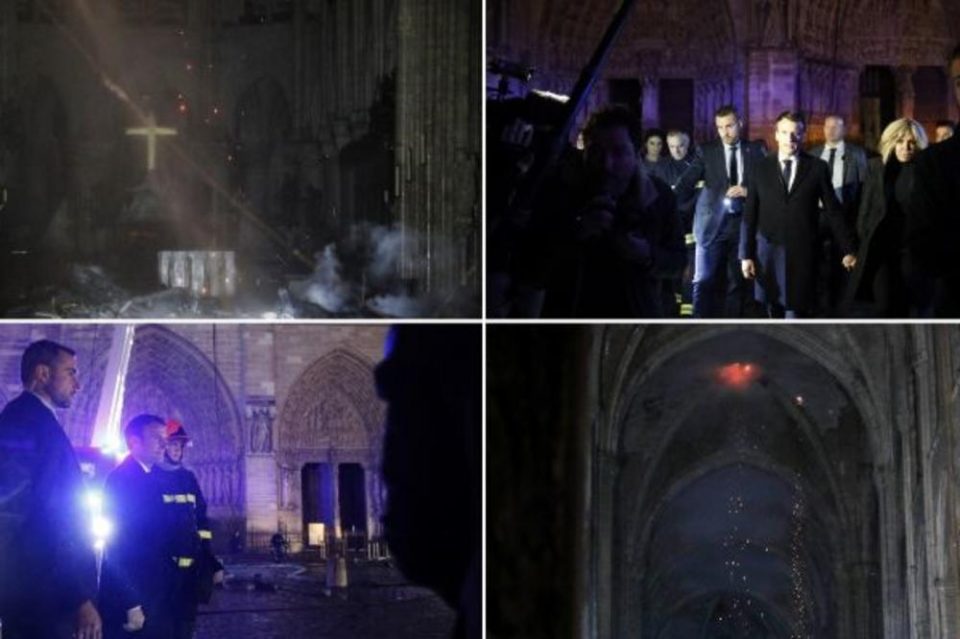 Two French billionaires have pledged to donate a total of 300 million euros to help reconstruct the Notre Dame Cathedral, hours after a catastrophic fire tore through the historic structure, collapsing its spire and causing significant damage.

François-Henri Pinault, chair and CEO of the international luxury group Kering, which includes Gucci and Saint Laurent, said Monday night he and his family will donate 100 million euros.

In a statement posted on Twitter, the businessman, who is also president of holding company Groupe Artémis, which owns the fine arts auction house Christie’s, wrote: “My father [François Pinault] and I have decided to release as of now from the funds of Artemis a sum of 100 million euros to participate in the effort that will be necessary for the complete reconstruction of Notre Dame.”

His donation was doubled on Tuesday morning by Bernard Arnault, chair and CEO of luxury goods group LVMH, whose brands include Moët & Chandon and Dior.

“In the wake of this national tragedy, the Arnault family and the LVMH Group pledge their support for #NotreDame. They will donate a total of 200 million euros to the fund for reconstruction of this architectural work, which is an integral part of the history of France,” read a statement posted on the LVMH Twitter account.

Donald Tusk, President of the European Council, called o the EU’s member states to contribute to its reconstruction.