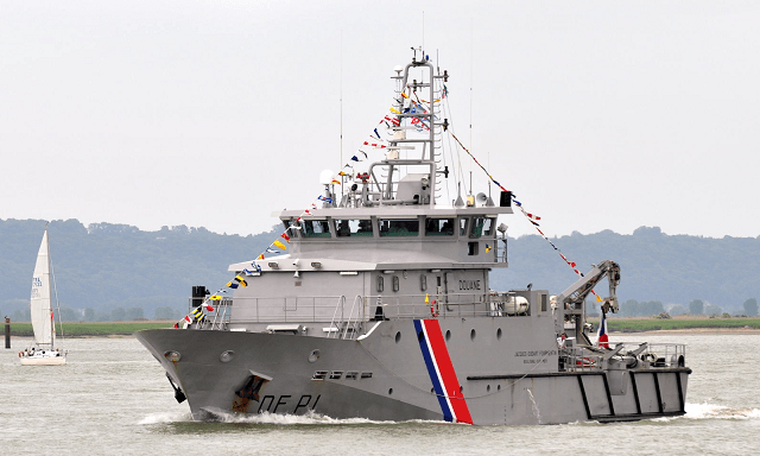 As a sign that Britain’s immigration scandal is intensifying, a French Navy vessel was recently filmed escorting an illegal migrant boat into British waters. The ship’s transponder shows that this was not its first trip away from France and that it has carried out several similar missions, the V4 news agency reported.

Brexit Party leader Nigel Farage had already reported on the daily arrival of illegal migrants to UK shores from France. He recently published a video showing a French Navy vessel escorting rubber boats full of migrants into British waters. Once the French Navy makes sure that the migrant dinghies are headed in the right direction, they turn back. Farage said the British Coast Guard was more than willing to take over the illegal ‘packages’ and even threatened them to commandeer their vessel if they continued filming.

I just witnessed the French Navy escorting illegal migrants into British waters, despite the money we are paying them.

They even tried to prevent us from filming the handover, as you can see in the video.

This is an outrage and a scandal. Time for the government to get a grip. pic.twitter.com/hT8ctbZag5

Breitbart London tracked the ship’s route recorded by its automatic identification system (AIS). It turned out that this was not the ship’s first trip to the British coastline as it made several journeys in recent weeks. The tracker’s image also shows that the British ship arrived at almost the exact same location at the same time, and escorted the boat ashore.

Home secretary, you’ve got to act”, Farage concludes his video, as the UK appears to be just as deeply involved in the scandal as France is.

The British daily Guardian has reported that the Home Office was informed about the situation and launched an initiative to deport migrants who illegally cross the Channel from France to the UK. A Home Office spokesperson said: “France is a safe country and no one should be getting on these boats and putting themselves in danger. We are working closely with the French government to tackle this dangerous and illegal activity, including returning over 155 migrants back to European countries.”