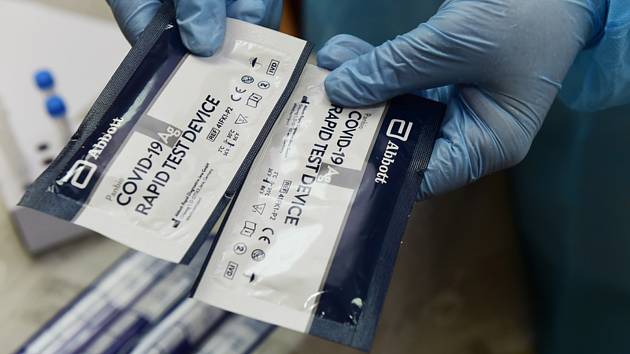 Germany‘s coronavirus lockdown will be extended until March 28, but Chancellor Angela Merkel and state premiers have agreed to a path to opening up depending on infection rates.

After hours of negotiations on Wednesday, they agreed to a step-by-step reopening strategy with an emergency brake system built in should infections rise again – as well as a focus on ramping up mass testing and vaccination.

Contact restrictions will be slightly eased from Monday, with two households allowed to meet in groups of up to five people, plus young people under 14.

If infection rates drop, contact restrictions will be further relaxed. However, if the seven-day incidence rises above 100 for three consecutive days, the rules will return to people only being able to meet in pairs.

Also from next week, book shops, flower shops and gardening stores will be able to reopen across the country with hygiene conditions in place. They are already open in some states.

States have already begun sending schoolchildren back to classrooms in recent weeks. Hairdressers reopened in Germany on Monday.

Public opinion has shifted recently, with a majority of people favouring a looser approach for the first time since restrictions fully snapped back into place in mid-December, according to a YouGov poll commissioned by dpa.

In regions where the seven-day incidence does not exceed 100 new infections per 100,000 people, a further easing of restrictions can begin.

Alongside appointment-based shopping, galleries and museums, memorials, zoological and botanical gardens will be allowed to open for those with bookings.

A stable incidence over seven days below 50 would see requirements further dropped or weakened.

The next steps after that hinge on the seven-day incidence not getting any worse for 14 days, and would see outdoor dining, cinemas and theatres open up. It would also allow contact-free sport indoors and contact sports outdoors.

Vaccination and testing will play a key role, and Merkel announced a significant acceleration in the vaccination campaign.

“We know that we’re in a race against time,” she said.

The move follows criticism of the sluggish pace of the roll-out and a growing stock of unused AstraZeneca vaccines.

Some 200,000 jabs are currently being given daily, German leaders said in a paper released after negotiations.

But from the second week in March, selected doctors will get a fixed framework to give jabs.

In late March or early April, general practitioners and specialist doctors will also take part in the vaccine campaign as the number of available doses rises.

The number of doses held for second jabs will be reduced, meaning more people can be reached more quickly.

A short-term decision on extending the use of the AstraZeneca jab for over-65s is also expected from the country’s Standing Committee on Vaccination.

The public will also be able to get at least one free rapid antigen coronavirus test per week free of charge from March 8, Merkel said.

The tests show “with good accuracy whether someone is infectious on a daily basis,” she said.

Those tests will be available at test centres, doctors’ surgeries or pharmacies. There will also be more simple self-administered tests that can be used at schools.

Merkel said Germany was on the threshold of a new phase of the pandemic, and should go into it “not carelessly, but with justified hope.”

She noted there were many examples of a “dramatic third wave” in Europe, and that Germany must move to take reopening steps that will not take the country backwards in its progress.

But she emphasized a note of hope compared to the same time last year, when the pandemic first hit.

“Spring 2021 will be different to the spring of a year ago.”