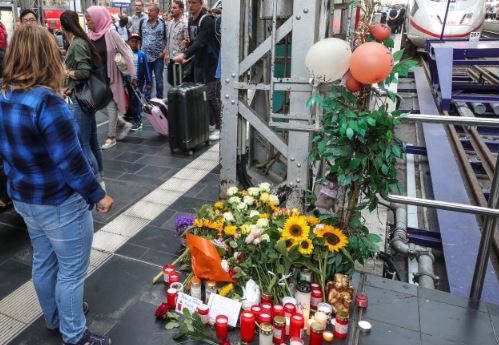 The Eritrean man, who pushed a woman and his eight-year-old son onto train tracks at Frankfurt railway station on Monday, was already known to Swiss authorities, who had issued an arrest warrant for him in connection with a stabbing the previous Thursday. The child died of his injuries. German Interior Minister Horst Seehofer said the man had arrived to Switzerland illegally in 2006 but had since received a residency permit.

A mother and her child were pushed in front of an incoming train at Frankfurt railway station on Monday. The eight-year-old boy died, while the mother dodged the high-speed InterCity Express (ICE) train. The murder suspect, a 40-year-old Eritrean man, attempted to escape, but by-standers apprehended him until police officers arrived, the V4 news agency reported.

The man has lived in Switzerland since 2006, initially illegally, but later with a residency permit. Swiss police reported that he had been receiving mental treatment and had had run-ins with the authorities in connection with violent incidents. An arrest warrant was issued for him after he threatened a woman with a knife on 25 July. Neither Swiss nor German authorities offered information on when and how he had traveled from Zurich to Frankfurt.

German Interior Minister Horst Seehofer cut short his holiday to meet security forces chiefs in Berlin. At a joint press conference on Tuesday, federal police chief Dieter Romann said the Eritrean man was born in 1979 and applied for refugee status when he arrived in Switzerland. He was granted status after two years, and subsequently received a residency permit. According to Swiss immigration data, he was classified as “category C”, or “well integrated.”

The man had entered Germany legally, Seehofer claimed at the press conference. He promised to strengthen the police and suggested improving security at railway stations by building walls next to tracks. In response to comments that the costs for this would be exorbitant, Seehofer answered that a price cannot be put on human lives. “There is no such thing as complete security, of course, but it is our moral obligation to do everything in our power to make people feel safe again,” Seehofer underlined.