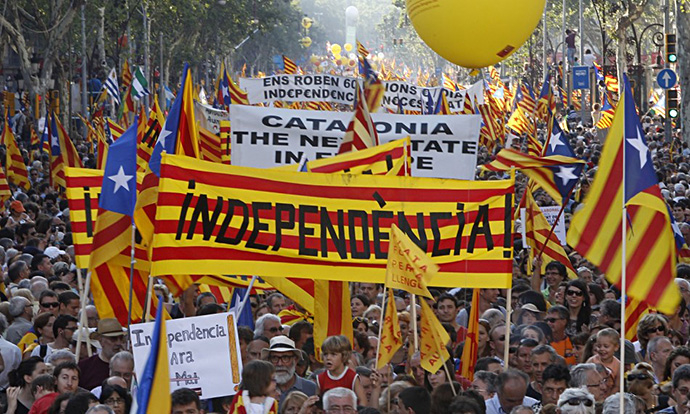 Hundreds of thousands of independence supporters took to the streets in Barcelona on the National Day of Catalonia.

The Placa d’Espanya began filling up with demonstrators Wednesday afternoon with the words “goal independence” emblazoned on the monument on the central plaza.

About 600,000 were attending the rally, according to police estimates.

The National Day of Catalonia on September 11 is a celebration of the fall of Barcelona in 1714 during the War of the Spanish Succession. As a result, Catalonia lost its autonomy.

Twelve former leaders of Catalonia went on trial at Spain’s Supreme Court in mid-February for their role in a referendum on independence in October 2017.

A significant majority voted to break away from Spain, but many people boycotted the plebiscite, which had been deemed illegal by Spain’s top court.

Puigdemont: If the EU is negotiating with Macedonia or Albania, why not Catalonia?