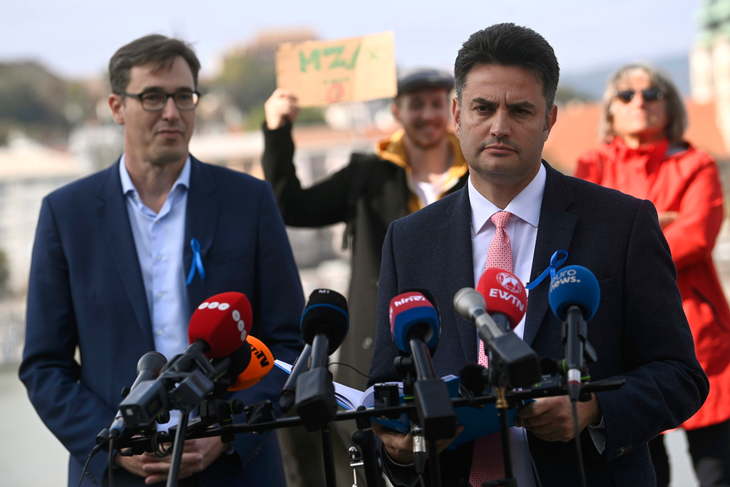 Voting in parliament on Tuesday, Hungarian leftist MPs rejected to adopt tax cuts needed to raise the minimum wage next year. The left wing’s prime ministerial candidate also stressed that there was no need for a minimum wage, the V4 news agency reported.

Leftist MPs refused to support the tax cuts needed for next year’s minimum wage rise in the Hungarian parliament on Tuesday. This interesting development suggests that the left wing’s prime ministerial candidate, Peter Marki-Zay, had convinced them that there was no need for a minimum wage, the Hungarian Origo news portal points out. However, they wrote,

The left did not only say no to the minimum wage hike, but also to a reduction in Hungarian entrepreneurs’ tax burdens due next year.

Hungary will hold parliamentary elections next spring. Peter Marki-Zay, the prime ministerial candidate of the left – led by disgraced former PM Ferenc Gyurcsany – announced last week that he would abolish the minimum wage. Mr Marki-Zay tried to justify the idea of abolishing the minimum wage by saying he is “very liberal” on economic issues. The leftist candidate has previously also attacked the utility bill cuts successfully introduced in Hungary, and now he is launching an attack on the minimum wage; his plan to abolish both would be a huge blow to those with average or low incomes, Origo points out.

Origo asked Zoltan Lomnici Jr., a constitutional lawyer and legal expert at the Szazadveg Foundation, about the matter. Mr Lomnici emphasized that the minimum wage is important not only because raising it reduces the number of people at risk of poverty, but also because many benefits are based on it. Raising it will also increase the child care fee, the child home care fee, as well as the sick pay.

Mr Marki-Zay’s idea to abolish the minimum wage is a typical left-wing program in Hungary, the constitutional lawyer said. He recalled that during the 8 years of Socialist rule between 2002 and 2010, Hungary was the only EU member state where the real minimum wage declined Since 2010, however, its sum has almost tripled.

In 2009, during Hungary’s left-wing government, the minimum wage was 71,500 forints (194 euros). It will reach almost three times this amount next January. The minimum wage will be higher than the average wage during the left-wing Gyurcsany-Bajnai government.

If the regulation of the minimum wage was abolished by the left, it would also mean that several measures designed to facilitate tax cuts would have to be repealed, leading to an increase in unemployment and an economic downturn.