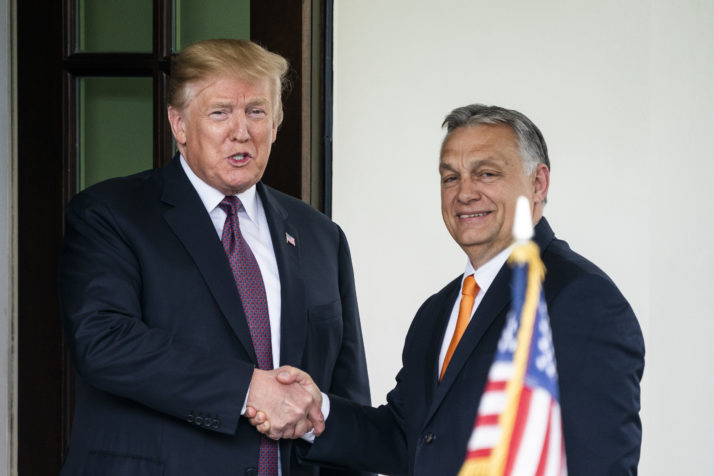 Hungarian Prime Minister Viktor Orbán said he and US President Donald Trump strengthened their two countries’ strategic ties in a number of areas in their meeting at the White House on Monday.

Speaking to public media, Orbán noted that he last visited the White House 18 years ago.

I felt the difference. There’s a different kind of leadership now with more ambitious policies, he said.

Orban said the meeting had been important for Hungary because the two countries had strengthened their strategic economic, political and security relations, as well as the issue of migration.

The talks lasted significantly longer than originally planned, and began with closed-door meeting that was also attended by Hungarian Foreign Minister Péter Szijjártó and US National Security Advisor John Bolton.

At the meeting, Trump praised Orbán’s efforts to preserve Hungary’s security. He called Hungary a “very good member of NATO” and hailed the government’s efforts against illegal immigration.