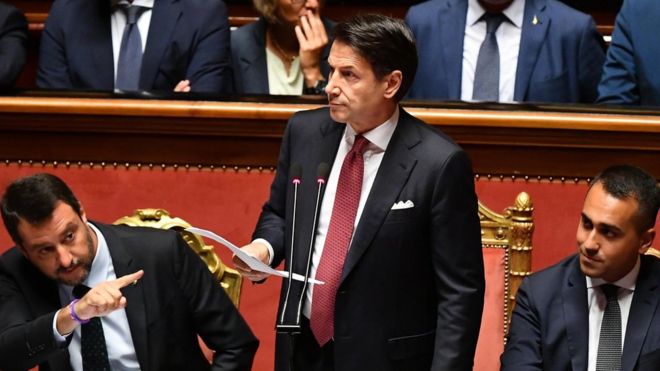 Italian Prime Minister Giuseppe Conte announced his resignation Tuesday, setting the country on an uncertain political course that could lead to a snap election or a new governing alliance, Politico reported.

Conte’s move preempted a confidence vote that had been expected to take place 12 days after Matteo Salvini, leader of the far-right League party and Italy’s interior minister, called for such a motion.

Before announcing his resignation, Conte held a one-hour speech critical of Salvini, noting that the minister’s decision to end the coalition government with the populist 5Stars Movement “has major consequences for the country and its economy.”

The outgoing prime minister — who was booed by lawmakers from the League — said Salvini got “distracted from the government’s good work [because] he was too focused looking for an excuse to pull the plug on it.”

In response, Salvini thanked Conte for his resignation and said: “Finally.”

Conte: North Macedonia should be allowed to move forward to Europe