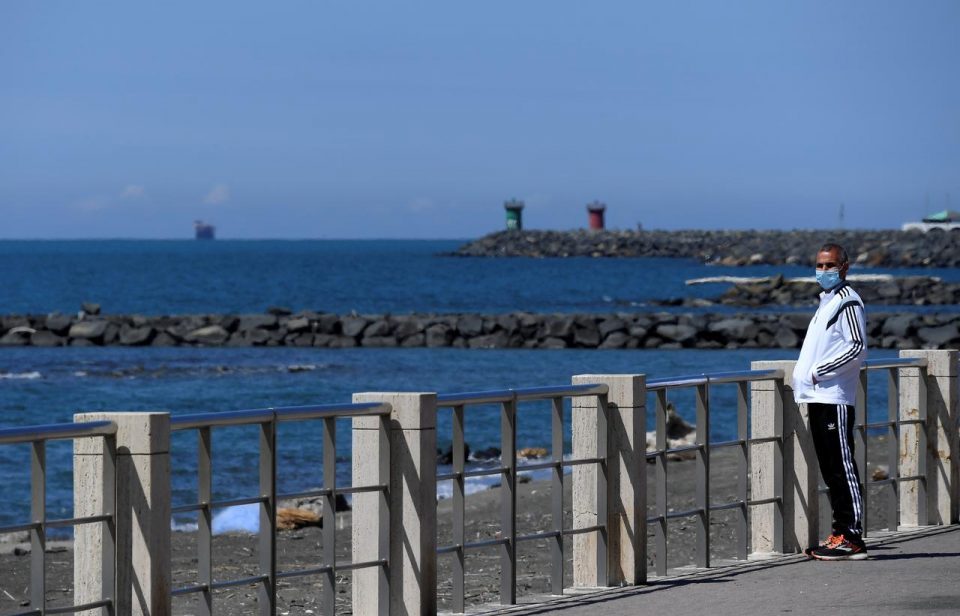 Italy is set to ease a number of coronavirus-related restrictions from May 4 onwards, allowing citizens to do more outdoor sports and exercise near their homes, Prime Minister Giuseppe Conte said on Sunday.

Conte made the announcement in Rome while presenting the government’s plan for the gradual reopening of the country after weeks of strict lockdown measures to slow the spread of the novel coronavirus.

The government is also planning a gradual easing of restrictions on businesses, Conte said.

Italy, one the hardest-hit countries in Europe, has been under lockdown for longer than any other Western nation and has counted more than 26,000 deaths and nearly 200,000 infections.

Citizens have been living with particularly strict curfews since March 10.

Conte said on Sunday that citizens would be allowed to move around in their own areas under certain rules starting in May, however travelling to other regions would remain largely prohibited for the time being.

Conte warned citizens that the fight against the outbreak was far from over. “We will still be put to a hard test in the coming months,” he said.

Schools will meanwhile not reopen until September, Conte said earlier in an interview published on Sunday. “The schools are very important to us and will reopen in September,” the premier told the La Repubblica newspaper.

The government closed schools, universities and daycare centres across the country on March 5 as it worked to contain the fast-moving virus.

He also told La Repubblica that certain “strategically” important economic activities could resume soon, possibly within the next week, including in the production and manufacturing sectors.

Priority should be given to export-driven businesses that are in danger of falling out of global supply chains, he said, as well as the building sector. However, the health and safety of employees was the top priority. New workplace rules are expected, to curb further outbreaks.

Italian coronavirus infection rates peaked in March and have since fallen, with the number of cases in hospital intensive care units declining significantly.

“We cannot extend the lockdown further. Otherwise we risk too much social and economic damage,” Conte said.

However, he warned Italians not to expect their “full freedom” to return too quickly.

Bars and restaurants would not immediately reopen on May 4, the premier noted, while adding that work was under way to enable not just home deliveries but take-away services too. Restaurants in Rome are already carrying out preparations to reopen.

Conte further announced a cap on the cost of face masks to curb speculative trade, in view of the possibility of a mandatory requirement.

Experts have warned that as Italy eases its lockdown, authorities will have to step up vigilance on suspected virus cases and maintain strict social distancing rules.

Italy‘s regions are affected by the coronavirus to highly differing degrees, making it harder to implement a nationwide plan to return to normality.

Fears that Italy‘s poorer south would see outbreaks on a similar scale to the north have so far not materialized.