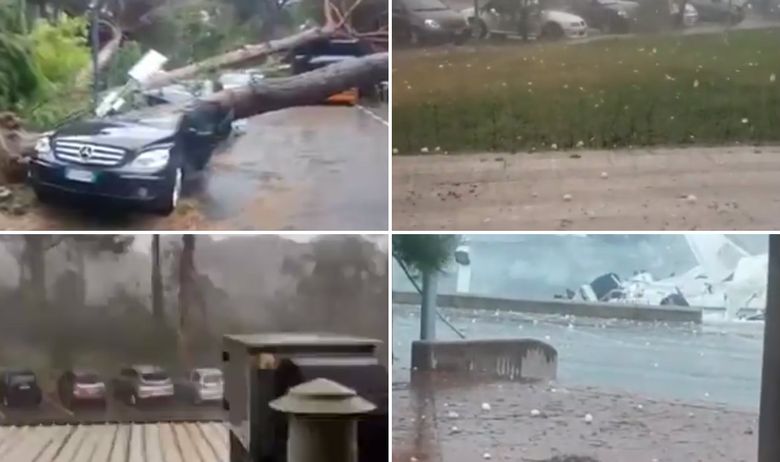 Hail the size of oranges has injured 18 people in an Italian Adriatic city, while a blaze in Sicily forced beach-goers to flee.

Italian news agency ANSA quoted hospital officials in Pescara as saying that the hailstorm caused cuts and bruises, especially on the head.

On the outskirts of San Vito Lo Capo, a Sicilian beach town, it was reported that 750 holidaymakers were able to return to their resort after wind-whipped flames had forced their evacuation by sea overnight.

In other bad weather in Italy, a tornado swept through the area of Milano Marittima, knocking down some 200 century-old pine trees in the popular Adriatic Sea resort.

Major rainstorm expected in the evening