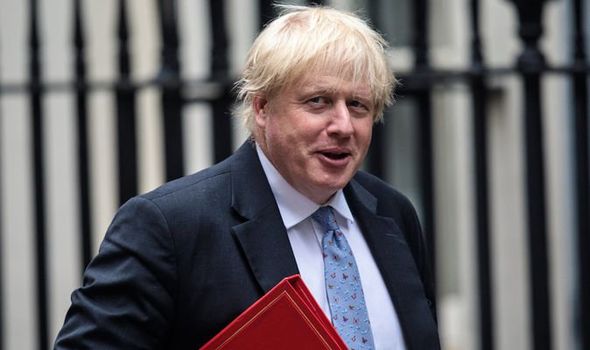 Opposition lawmakers urged British Prime Minister Boris Johnson to recall parliament on Wednesday after Scotland’s highest court ruled that his suspension of the legislature is unlawful.

Parliament was suspended early Tuesday after Johnson said he wanted to submit his government programme in a new parliamentary session.

But critics accused him of trying to use prorogation, or suspension, to limit scrutiny ahead of his promised deadline for Britain to leave the European Union, with or without an exit deal, on October 31.

“No one in their right mind believed Boris Johnson’s reason for shutting down parliament,” tweeted Keir Starmer, the opposition Labour party’s Brexit spokesman.

“I urge the prime minister to immediately recall parliament so we can debate this judgement and decide what happens next,” Starmer wrote.

The Court of Session in Edinburgh upheld an appeal against a lower court’s ruling last week, saying Johnson’s advice to Queen Elizabeth II that parliament should be prorogued, or suspended, was “unlawful because it had the purpose of stymieing parliament.”

The court said it will “make an order declaring that the prime minister’s advice to HM the Queen and the prorogation which followed thereon was unlawful and is thus null and of no effect.”

“We believe that the effect of the decision is that parliament is no longer prorogued,” tweeted Jo Maugham, a lawyer in the Scottish case against prorogation.

Maugham said he expected the Supreme Court in London to begin hearing an appeal by the government on Tuesday.

“We are disappointed by today’s decision, and will appeal to the UK Supreme Court,” Downing Street said in a statement.

“The UK government needs to bring forward a strong domestic legislative agenda,” it said. “Proroguing parliament is the legal and necessary way of delivering this.”

Scottish National Party (SNP) lawmaker Joanna Cherry, who led the Scottish legal case, told reporters outside the court that she was “absolutely delighted” by the ruling.

“Now, for every moment parliament remains prorogued, the British government are breaking the law,” Cherry said. “We, as politicians, are calling for parliament to be recalled.”

Cherry said she expected the Supreme Court to sit for three days to examine the Scottish case and two similar challenges in English and Northern Irish courts to Johnson’s decision to suspend parliament.

“This battle has further to run but my message to @BorisJohnson is you are playing fast and loose with the law,” tweeted Ian Blackford, the SNP’s leader in the British parliament.

“You have acted in an anti-democratic manner and need to respond by recalling parliament,” Blackford told Johnson, who made no immediate response to the ruling or the calls to recall parliament.

“We argued that Boris Johnson’s parliament shutdown is illegal, and designed to stifle parliamentary debate and action on Brexit,” Swinson tweeted.

In a BBC interview on Tuesday, Johnson insisted that he wanted the recess to prepare for “delivering on the priorities of the people” in sectors such as education, healthcare and policing in the next parliamentary session.