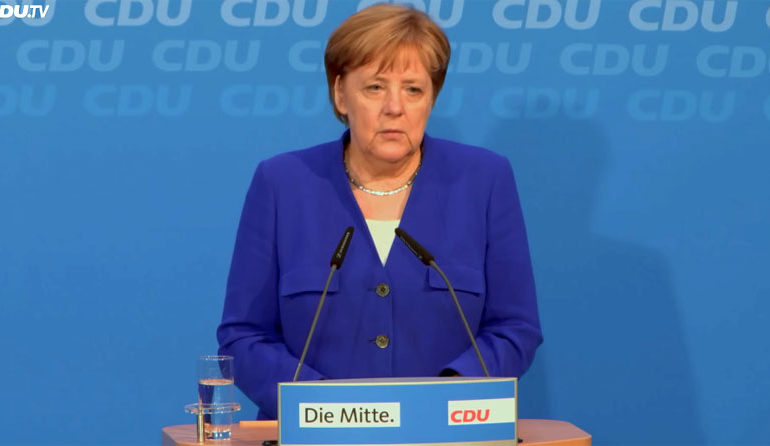 Early returns from the European elections show that the French RN party of right wing leader Marie Le Pen has won over the party of Emmanuel Macron.

Le Pen is projected to win 24 percent of the votes, against 22.5 for Macron, who was also weakened by a good showing for the French Greens at 13 percent.

The Greens are the winners of the elections in Germany as well, winning ove the youth vote from the social-democratic SPD party and overtaking it in to rank second overall, and within striking distance of the ruling conservative CDU/CSU coalition. The nationalist AfD party dominates in the German East, and ranked 4th overall, with 10.8 percent and significant popularity among men.

And Viktor Orban’s Fidesz party is well underway to become the most popular party in a single state, with projected support of 55 percent in Hungary.

Spain sees good results for the ruling social-democrats, and a significant drop for the conservative party, while the nationalist Vox rising and Catalan separatists expected to win seats in the Parliament.