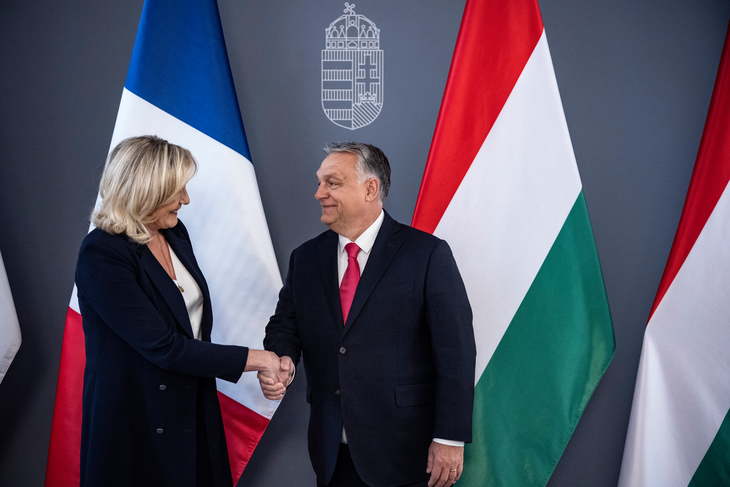 In a letter addressed to Hungary’s prime minister, French National Rally President Marine Le Pen assured Orban of her political support. Le Pen spoke out for building a Europe that is not aimed against member states but one that strengthens them through free cooperation, the Hungarian PM’s press chief told Hungary’s state news agency (MTI).

During my visit to Budapest, I realised that Hungary has never compromised and never given up protecting its ancient identity, Marine Le Pen wrote to Orban. Hungarians have never given up their freedom and independence, which reveals the power of the Hungarian soul, she added.

The French presidential candidate expressed her thanks for “a meaningful and constructive exchange of views on the future of Europe, on the place and prominent role of nations and peoples that constitute Europe”.

She confirmed that she fully supported Viktor Orban’s resistance to the threats, warnings and blackmail by the European Union against Hungary. “I am more convinced than ever that patriotic and sovereignist forces must unite in the struggle; they must restore the sovereignty of states and guarantee the functioning of the European organisation,” Ms Le Pen said.

The latest developments, particularly the unification charter signed by the two political groups, are a step in the right direction, she said. The charter consolidates their common vision of a Europe which is not built against member states, but rather strengthens them through cooperation policies of their choice and consensus. “I am working for the success of this approach and to convince my compatriots in April 2022 to choose sovereignty and independence in the presidential election,” the French politician wrote, concluding her letter.