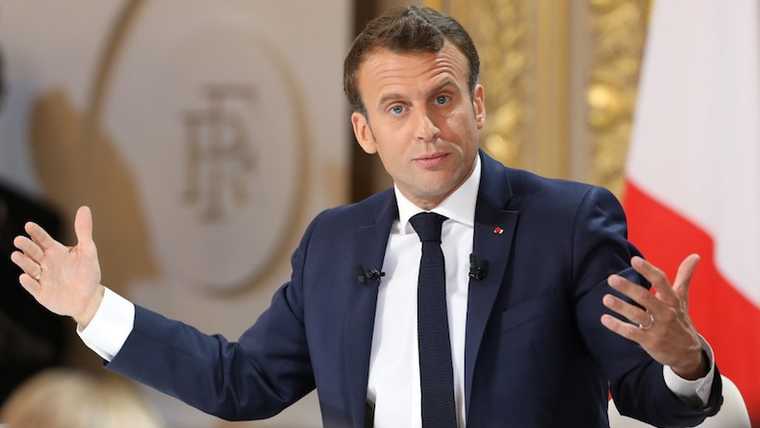 The French president faces a difficult situation with 17 members defecting the ruling party and forming a new parliamentary group. Thus, Macron’s party has lost absolute majority in the lower house and will be forced to enter into an alliance if it wants to retain majority, the V4 new agency reported.

“Ecology, Democracy, Solidarity” are the three words that will probably not be Macron’s favourites. This is the name of the new parliamentary group formed by 17 members defecting from the French president’s party, depriving La Republique en Marche! of an absolute majority in the lower house. This means that the ruling party now only has 288 MPs, one short of the 289-threshold needed for a majority, and will be forced to enter an alliance if it wants to retain a parliamentary majority.

With the formation of the new group, the French lower house is now made up of members of nine parties, which is an absolute record. The founders of EDS include Matthieu Orphelin, who escorted Greta Thunberg in the French lower house in July 2019, and the famed mathematician Cedric Villani, who entered the race for the mayoral post of Paris in March.

Orphelin’s Twitter post says that the post-pandemic world must be built together after overcoming the crisis caused by coronavirus, and the group will focus primarily on coalition and innovation for social and ecological transformation.

The founders of the parliamentary group also published their main objectives, which include re-industrialising the country to ensure its sovereignty and independence, and creating real transparency in public life. They would put in place a stable health insurance system and plan to reform property taxes and inheritance taxes, as well as to promote gender equality. The founders of the new parliamentary group have stated that they will support the ruling party in important decisions, but in all other cases they might take an opposing stance.

European Parliament urges for fair elections, says they will be crucial test of democratic maturity

Mickoski: The Parliament returned its legitimacy to the people, and only the people can appoint a new one

Milososki: The Parliament lost its mandate when it voted to dissolve