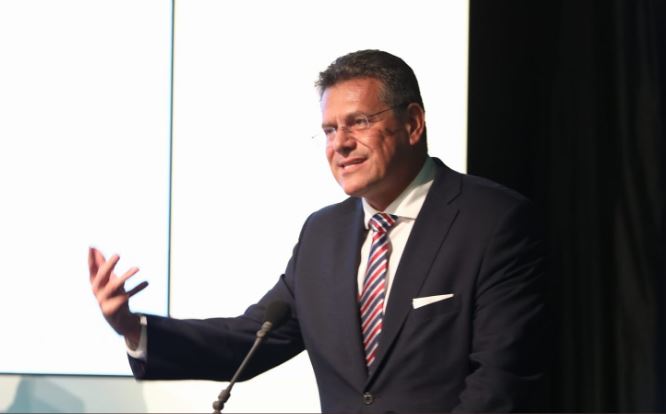 European leaders had difficulties dividing EU positions as a change of the guard is in order after the elections. During the press conference that followed the meetings of the European Council, German Chancellor Angela Merkel was repeatedly asked if she would change her mind and accept some of the leading positions, especially the one at the head of the European Commission.

I’m a little sad nobody is taking seriously my denials, said Merkel, who ceded her position as head of the German ruling CDU party and is expected to retire at the end of her term.

The Visegrad countries are expected to hold a united front and one proposal coming from the group is that Slovakian candidate Maros Sefcovic is appointed as the next head of the EU foreign and security policy department, after Federica Mogherini.

It is important to have someone from Central and Eastern Europe among the highest positions. Sefcovic can be such a candidate, said Slovak Prime Minister Peter Pellegrini.

And Hungary has opened the prospect of backing Frenchman Michel Barnier as the head of the European Commission, the V4 news agency reported. Manfred Weber remains the candidate of the EPP party, but his inability to secure the necessary majority from the greens, liberal-democrats and the social-democrats has prompted a search for another candidate coming from the EPP.