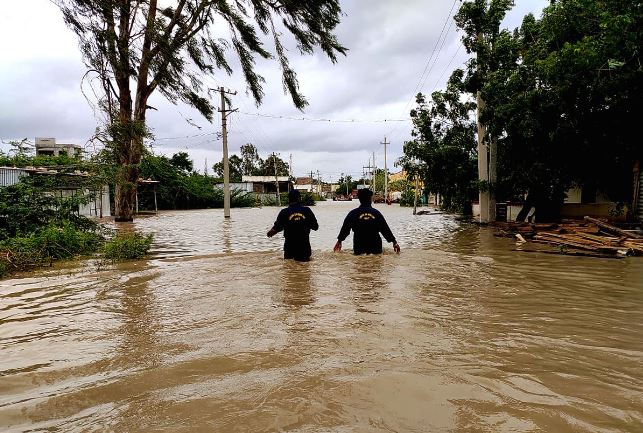 The death toll from a new wave of monsoon floods and landslides across India has climbed to 190, officials said on Monday.

More than 1.4 million people have been affected by the heavy rains of the monsoon season since last week, with the southern states of Kerala and Karnataka and western states of Gujarat and Maharashtra worst hit by the deluge.

A total of 76 people died in floods and landslides, and 287,000 had taken refuge in relief camps in Kerala since last Thursday, disaster management officials said.

Members of a local football club joined efforts by the military and police to rescue 300 families stranded in an inundated locality in Malappuram district, domestic news reports said.

In neighbouring Karnataka state, 42 people had died and 582,000 were either displaced or evacuated to safety, according to local officials.

In the west, at least 40 people died during torrential rains in Gujarat on the weekend, and another 32 were killed and 500,000 people affected in neighbouring Maharashtra state, officials told dpa.

More Indian states including Madhya Pradesh, Tamil Nadu, Goa and Andhra Pradesh have reported flooding since the past week.

India‘s monsoon season occurs between June and September, bringing heavy rains that are vital for agriculture but cause immense destruction and loss of life.

Dozens died last month in floods across India, particularly in the eastern states of Bihar and Assam, with the inundation causing heavy losses to farms, homes and infrastructure.